Global stocks retreated after a steep rise in US Treasury yields. In the United States, the Nasdaq 100 index declined by more than 275 points while the Dow Jones fell by 355 points. In Asia, the Hang Seng and Nikkei 225 indices have fallen by more than 1.5%. This performance is mostly due to the large sell-off in US bonds that has pushed their yields higher. The 10-year yield has risen to 1.57% while the 30-year and 5-year has risen to 2.34% and 0.76%, respectively. In a statement yesterday, Jerome Powell said that the bank would keep interest rates low in a bid to stimulate growth. He also said that the bank will continue anchoring inflation to 2%.

The US dollar declined against most developed market peers ahead of the important US employment numbers. Economists expect the data to show that the nonfarm payroll increased by 182,000 in February after increasing by just 40,000 in January. They also expect the unemployment rate figure to come in at 6.2% and the average hourly earnings to increase by 5.3%. On Wednesday, data by ADP Institute revealed that the private sector created 117,000 jobs in February.

The price of crude oil rose sharply yesterday after OPEC and its allies pledged not to increase production in April as they wait for more recovery. Brent rose to $67 while the West Texas Intermediate rose to a 13-month high of $64. Before the meeting, Wall Street Journal reported that Saudi Arabia and Russia were planning a joint strategy for boosting production. Still, the biggest concern for oil prices is that US producers are ramping up production to take advantage of higher prices. The number of active oil and gas rigs has increased to 491 recently.

The XBR/USD pair rose to 67.50 after the OPEC+ summit. This price is just $3 shy of the important resistance level of 70. On the four-hour chart, the price managed to move above the resistance level at 66.70, which was the previous high. It has also moved above the 25-day and 15-day moving averages while the MACD and RSI have rallied. Therefore, the pair may continue rising as bulls eye the next resistance at 70. 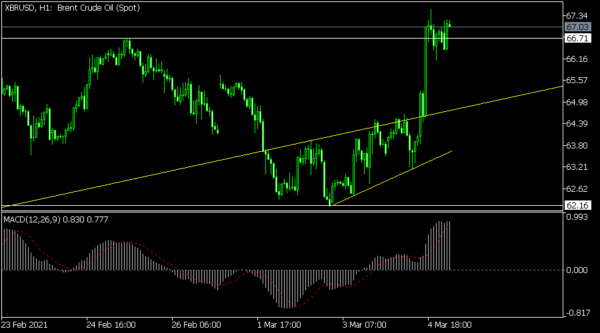 The EUR/USD pair declined sharply in the overnight session. It dropped to a low of 1.1950, which is the lowest level since early December. On the hourly chart, the price moved below the neckline of the head and shoulders pattern. It has also declined below the short and medium-term moving averages while oscillators too have dropped. The path of least resistance is lower ahead of the US jobs data. 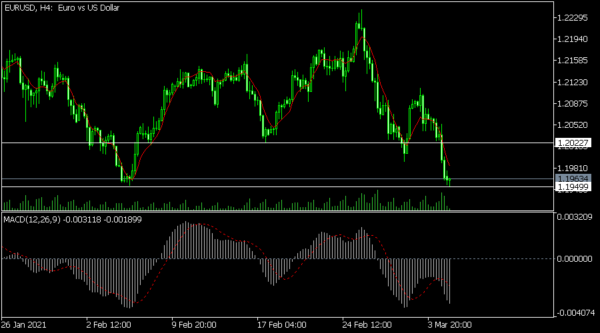 The Dow Jones index declined to a multi-week low of $30,545. On the four-hour chart, the price managed to move below all moving averages. It also moved below the important support at $30,826 while the commodity channel index has declined below the oversold level. The index may remain under pressure if the bond yields keeps rising. 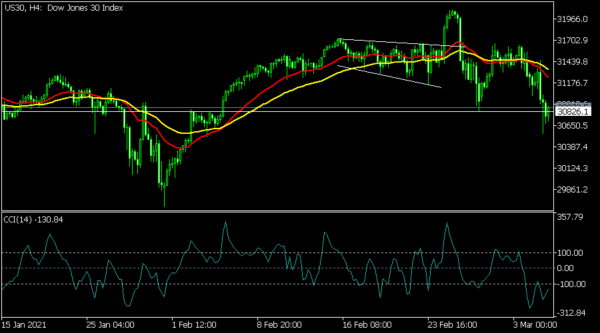