US futures rallied after the strong earnings by companies like Apple and Facebook. In a report, Apple said that its profit rose to more than $23.6 billion in the first quarter while its revenue rose to $89.6 billion. It also announced a 7% increase in its dividend and increased its share buybacks program to more than $90 billion. The results were boosted by higher iPhone and service sales. In another report, Facebook said that its revenue soared to $26.7 billion while its total daily active users rose to 2.85 billion. Its average revenue per user increased to $9.27 billion. In general, most tech companies have reported strong revenue during this earnings season.

The US dollar declined after the Federal Reserve interest rate decision. The central bank left interest rates unchanged at the range of 0% and 0.25% and boosted the outlook for the economy for the rest of the year. The bank also committed to continuing with its asset purchases at a pace of $120 billion per month. $80 billion of these purchases are in Treasuries and $40 billion in mortgage-backed securities. Most importantly, the Fed said that it was not worried about inflation, even after the headline CPI rose to 2.6% in March. The currency will today react to the first estimate of US GDP data, pending homes, and initial jobless claims.

The euro rose against the US dollar after the FOMC decision. Later today, the currency will react to the preliminary inflation numbers from Europe and the German employment data. Economists expect the numbers to show that the German unemployment rate remained unchanged at 6.0% in March. The median estimate for Spanish April inflation is 1.9%. In Germany, analysts expect the data to show that the headline CPI rose from 1.7% to 1.9%. Still, the euro’s reaction to these numbers will be relatively mild since the ECB has already said that it will not hike rates in the near term.

The EUR/USD rose to 1.2150 after the FOMC decision. On the four-hour chart, the pair rose above the 23.6% Fibonacci retracement level and along the upper side of the ascending channel. The pair also moved above the 25-day moving average while the DeMarker indicator has moved close to the overbought level. Today, the pair may retreat as the market fades the FOMC decision. If that happens, the next key level to watch will be 1.2057, which is along the lower side of the channel. 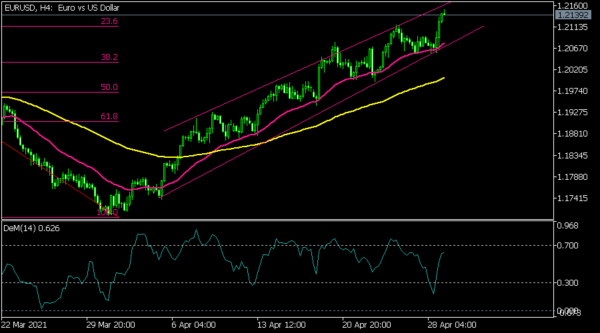 Like the EUR/USD, the GBP/USD pair rose sharply after the latest FOMC decision. The pair managed to move above the triangle symmetrical pattern that has been forming recently. It also moved to the 50% Fibonacci retracement level and slightly above the 25-day moving average. The Relative Strength Index (RSI) has also been rising, which is a bullish thing. The pair may keep rising as bulls target the next resistance at 1.400. It may also retreat as the market fades the Fed decision. 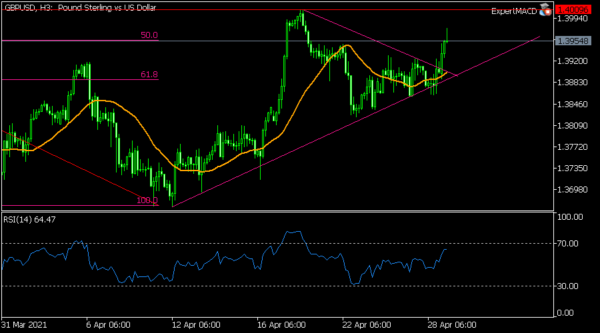 The ETH/USD rose to an all-time high of $2,756 during the Asian session. On the four-hour chart, the pair remains above all moving averages. However, it has also formed a rising wedge pattern, which is usually a bearish sign. Its MACD has also risen to an extreme level. Therefore, the pair may have a major retreat in the near term. 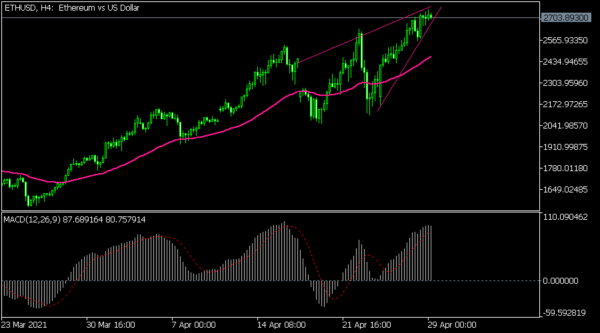