The Japanese yen was little changed during the Asian session as the market reacted to the latest income data from the country. According to Japan’s statistics agency, overtime pay declined by 6.20% in March this year after falling by 9.10% in the previous year. The overall wage income of employees rose by 0.2%, an improvement after it dropped by 0.2% in the previous month. Meanwhile, data by Markit revealed that the country’s services PMI increased from 48.3 in February to 49.5 in March while the monetary base rose to 24.3%. These numbers show that the Japanese economy is doing relatively well although growth remains modest.

The US dollar wavers ahead of important US jobs numbers scheduled for later today. Economists interviewed by Bloomberg expect the data to show that the economy added 978,000 jobs in April after it added 916k in March. They also see the private sector adding 893k, higher than the ADP estimate of 755k. Further, analysts expect the unemployment rate to drop from 6.0% to 5.8%, which will be an impressive comeback from last year’s high of almost 15%. The average weekly hours are expected to remain unchanged at 34.9 while hourly earnings are expected to fall by 0.4%.

The economic calendar will have some key events today. In Asia, the Chinese government will publish the latest trade numbers. These numbers will likely show that the country’s exports and imports rose in April as the recovery continued. In Switzerland, the statistics agency will release the unemployment rate data. Germany released the latest exports, imports, and industrial production data. Most importantly, Canada will publish the latest jobs numbers in the afternoon session.

The EUR/USD pair bounced back in the American session. It rose to 1.2062, which is higher than this week’s low of 1.1968. On the four-hour chart, the pair has moved from the 38.2% Fibonacci retracement above the 23.6% retracement. The pair also moved above the 25-day moving average while the Relative Strength Index (RSI) and MACD have started to rise. The pair has also formed an inverted head and shoulders pattern, meaning that it will likely continue rising. 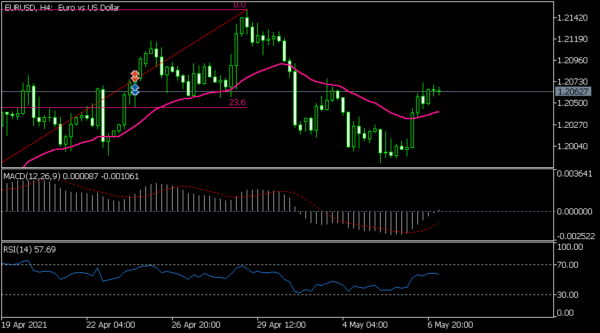 The GBP/USD pair is still in consolidation after the latest Bank of England rate decision. On the four-hour chart, the pair has formed a symmetrical triangle pattern. It is also at the same level as the 25-day moving average. This triangle is nearing its peak, while the Average True Range (ATR) has fallen. Therefore, the pair may soon break out in either direction. 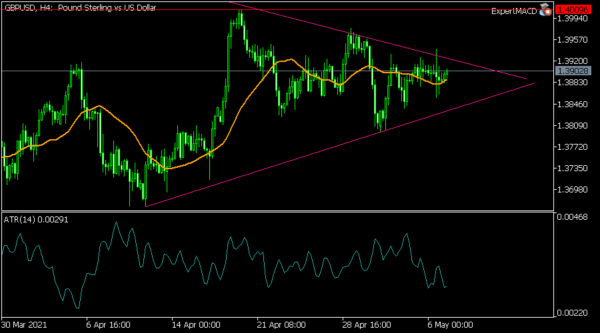 The USD/JPY pair was little unchanged after the latest data from Japan. On the four-hour chart, the pair is at the same level as the 25-day moving average while the signal and histogram of the MACD have moved below the neutral line. The Average True Range (ATR) has been on a downward trend. It has also formed a narrow ascending channel. Therefore, the pair may retreat as bears target the next key support at 108.50. 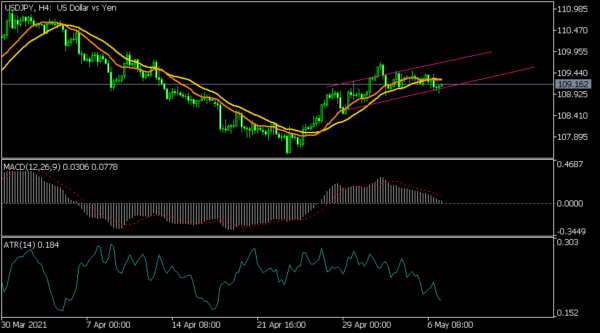