No End In Sight For The Targic Cryptocurrency Sell-Off

Cryptocurrencies plummeted in the overnight session as investors reacted to a series of bad news stories about the industry. There is the fear of high interest rates in the United States, which will push investors to dividend assets like value companies. There are also concerns about adoption by companies and institutional investors because of the use of fossil fuels in its mining. Further, there are concerns about regulatory pressure in China and other countries like India and Turkey. On Wednesday, the People’s Bank of China warned institutions about accepting cryptocurrencies as payment options.

US stocks declined sharply as investors continued to fear high interest rates in the United States. The Dow Jones dropped by as much as 587 points while the Nasdaq 100 and S&P 500 declined by more than 0.50%. Investors are fretting about rising inflation and interest rates. Minutes by the FOMC revealed that officials acknowledged evidence of a robust recovery could lead to an earlier review of its pandemic response tools like zero interest rates and open-ended quantitative easing programs. Tightening is often seen as a negative thing for companies because it leads to a stronger US dollar.

The Australian dollar was little changed after relatively mixed employment data from Australia. According to the Bureau of Statistics, the country’s unemployment rate declined from 5.6% in March to 5.5% in April. This was a better decline than the expected 5.6%. In this period, the economy lost more than 30,000 jobs while its participation rate declined from 66.3% to 66.0%. Despite the mixed numbers, there are signs that the Australian economy is staging a strong economic recovery. Looking ahead, the market will react to a statement by Christine Lagarde of the ECB, initial jobless claims numbers, and the South African Reserve Bank interest rate decision.

The AUD/USD pair was a little changed after the Australia jobs data. It is trading at 0.7735, which is slightly above this week’s low of 0.7711. On the four-hour chart, the pair is slightly below the 25-day and 15-day moving average. It is between the channel whose support and resistance levels are 0.7690 and 0.7817. The pair is also between 50% and 61.8% Fibonacci retracement level while the Relative Strength Index (RSI) is at the neutral level of 41. Therefore, today, the pair may remain at the current range. 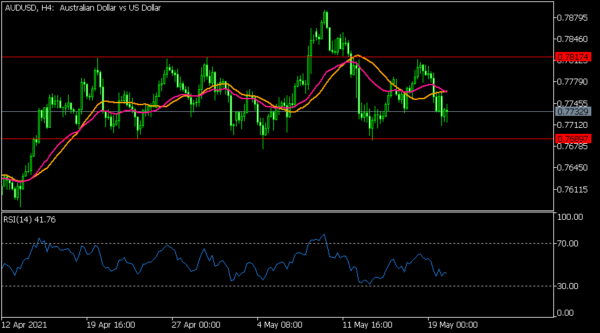 The EUR/USD pair declined to 1.2175 after the FOMC minutes published yesterday. This price was slightly lower than yesterday’s high of 1.2242. It is also below the upper side of the rising channel and the year-to-date high of 1.2243. The pair has also risen above the 25-day moving average while the moving average of the oscillator has moved below the neutral line. The pair will likely resume the upward trend as bulls attempt to move above the highest point yesterday. 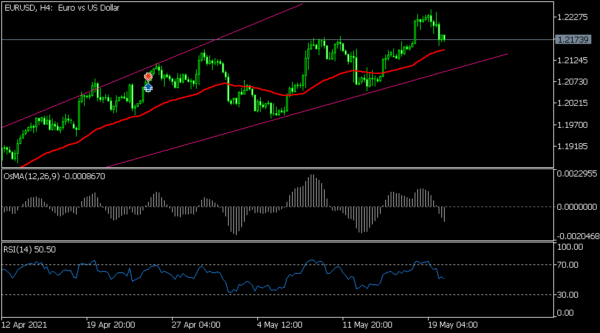 The ETH/USD pair declined to a low of 1,926, the lowest level since April this year. This price was substantially lower than the all-time high of more than 4,300. On the four-hour chart, the pair has dropped below the 25-day and 50-day moving averages while oscillators have also declined. The bears power has also remained below the zero line. Therefore, while the pair may keep falling, there is a possibility that a relief rally will happen in the near term. 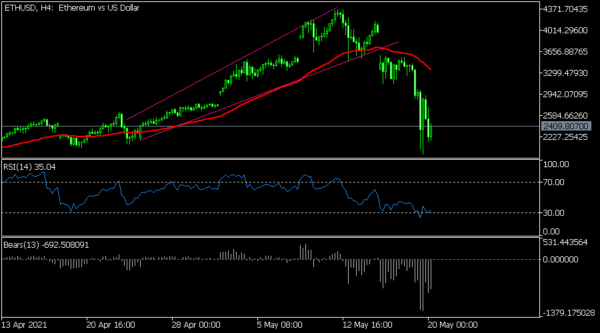