The US dollar jumped after the Fed delivered a relatively hawkish interest rate decision. In a statement, members of the Federal Open Market Committee (FOMC) said that the bank will start raising interest rates in 2023, earlier than the expected 2024. The dot plot signaled a 0.6% increase by the end of 2023. They also discussed tapering or slowing of the $120 billion a month quantitative easing program. In response to the statement, the dollar index and bond yields rose while stocks retreated.

The New Zealand dollar gained against the Aussie after relatively strong GDP data. According to the NZ statistics agency, the economy bounced back by 1.6% on a quarter-on-quarter basis after falling by 1.0%. This increase was better than the median estimate of 0.5%. This recovery led to a 2.4% year-on-year increase, which was better than the expected increase of 0.9%. This increase happened as more businesses re-opened, and as foreign demand rose.

The Australian dollar was little changed after fairly strong employment numbers. Data published by the bureau of statistics revealed that the unemployment rate declined from 5.5% in April to 5.1% in May. In the same period, the participation rate rose from 66.0% to 66.2%, which was better than the median estimate of 66.1%. The economy added more than 115k jobs in May after it shed more than 30k in April. Elsewhere, the Swiss National Bank (SNB) and Central Bank of Turkey (CBRT) will release their decision while the Eurozone will publish the latest inflation data.

The AUDNZD pair declined sharply after strong data from Australia and New Zealand. It fell to 1.0760, which was the lowest level in more than a week. On the four-hour chart, the pair seems to have formed a double-top pattern and moved slightly below the 25-day moving average. Similarly, the signal and histogram of the MACD have made a bearish crossover. Therefore, the pair may keep falling as bears target the next key support at 1.0700. 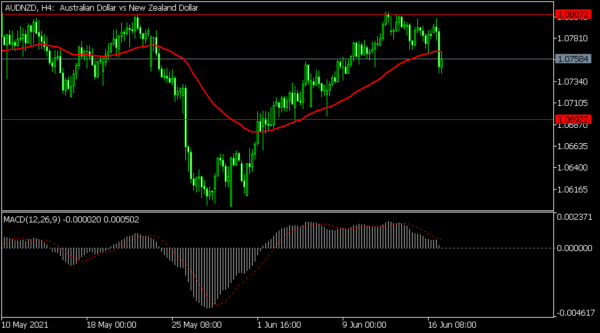 The EURUSD pair declined sharply after the Fed decision. It fell to 1.1980, which was the lowest level since May. On the four-hour chart, the pair managed to break below the lower line of the descending trendline. It also fell to the 50% Fibonacci retracement level while the Awesome oscillator declined sharply. Therefore, the pair will likely pull back today and then resume the downward trend. 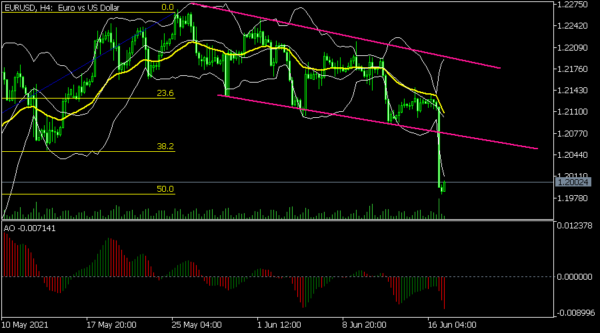 The USDCHF pair popped after the FOMC decision. On the four-hour chart. The pair rose above 0.9053, which was the highest level on June 4. The pair has also moved above the short and longer-term moving averages whole the RSI and MACD have kept rising. Therefore, the pair will likely show volatility ahead of the SNB decision. 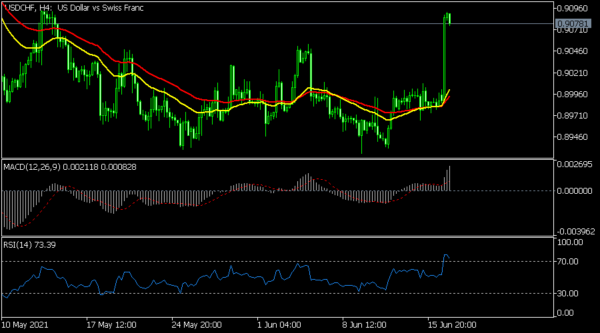