US stocks were relatively mixed on Tuesday as investors focused on the activities by China. Dow Jones index fell by more than 200 points while the Nasdaq 100 rose by 24 points. Some of the biggest laggards were Chinese companies like Full Truck Alliance, DiDi, and Alibaba. Their share prices declined sharply after China intensified its crackdown on tech firms. It has already ordered DiDi not to add new customers in the country. Also, it has ordered companies like Apple and Google to remove its apps from the app stores. Analysts see this as a way of the country’s limiting the number of companies that list in the US.

The price of crude oil rose to a six year-high as investors reflected on the divisions by OPEC+ members. It then declined sharply, with Brent and West Texas Intermediate (WTI) falling to $74.40 and $73.38, respectively. This price action is mostly because the cartel disagreed on whether to gradually increase production or to maintain the status quo. The United Arab Emirates (UAE) rejected most of the proposals that members had voted for on Friday. They called for adding 400k barrels per day to the market from August to December. Investors expect more volatility as divisions between UAE and Saudi escalate. The price will react to the API weekly inventories set for later today.

The US dollar was little changed in the overnight session as investors waited for Fed minutes from the previous meeting. The minutes are expected to give investors more details about what happened during the meeting. They left interest rates unchanged and hinted that they will hike them in 2023. The currency is also reacting to the latest non-manufacturing PMI data published yesterday. The Institute of Supply Management (ISM) number declined from 64 to 60.1 while the Markit figure came in at 63.7. These numbers show that the sector is doing relatively well. Elsewhere, the key numbers to watch today will be the UK’s Halifax house price index, German industrial production data, and the Canadian PMI number.

The EURUSD pair is trading at 1.1823, where it has been in the past few days. The pair is trading at 1.1823, which is slightly above yesterday’s low of 1.11800. On the four-hour chart, the pair is below the 25-day moving average and between the lower and middle lines of the Bollinger Bands. The pair has also formed an inverted cup and handle pattern, meaning that it could continue falling as bears target the next key support at 1.1750. 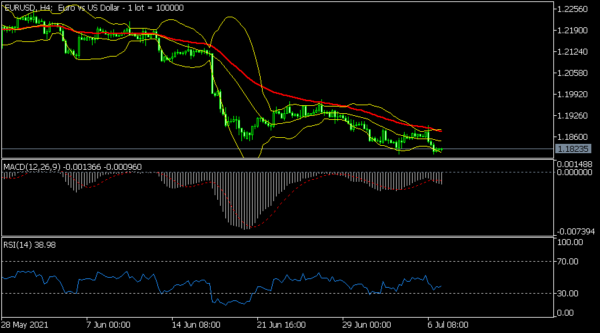 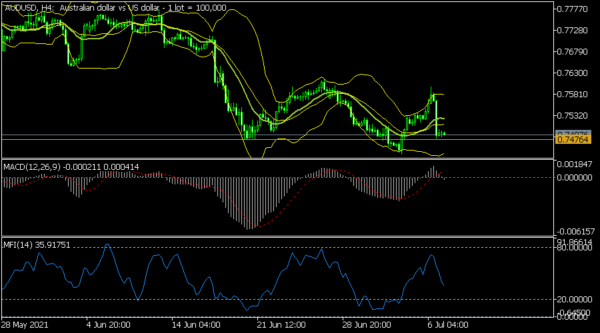 Brent crude oil declined sharply in the overnight session. It moved from a six-year high of 78.42 to a low of 74.8. It also moved below the ascending trendline that is shown in red. This line connects the lowest levels since May. The commodity channel index (CCI) also declined below the oversold level while the MACD declined below the neutral level. Therefore, the pair may keep falling as bears target the next key support at 73. 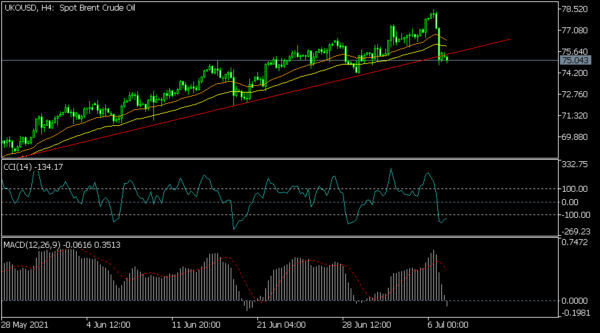