Cryptocurrency prices rallied as Bitcoin crossed the important resistance at $57,000 for the first time since May this year. The rally pushed its total market capitalization to more than $1 trillion. The combined market cap of all digital currencies rallied to more than $2.3 trillion. There were several reasons why these currencies rallied. First, there are signs that the Securities and Exchange Commission (SEC) will allow Bitcoin futures to be listed. Analysts believe that this will lead to more demand for Bitcoin. Also, they cited its role as a hedge against inflation and the fact that hash rates have been on a bullish trend.

The price of crude oil rallied as the ongoing supply and demand imbalance continued. With the global economy recovering, analysts expect that demand will keep rising in the coming year. At the same time, OPEC and its allies are not boosting production as fast as they should. In a meeting last week, the cartel agreed to continue increasing supplies gradually in a bid to boost prices. The next key mover for oil prices will be the latest monthly report by OPEC. The report is expected to show that demand remains steady and is expected to keep rising.

The British pound declined slightly ahead of the latest UK employment numbers that will come out in the morning session. The numbers are expected to show that the country’s labour market remained steady in August as the reopening continued. Economists polled by Reuters expect the data to show that the economy created more than 243k jobs in the three months to August. At the same time, wages are expected to have risen to 7.0% while the number of people filing for claims declined.

The GBPUSD retreated slightly in the overnight session. It is trading at 1.3600, which is slightly below this week’s high of 1.3670. The pair has formed a bullish flag pattern, which is a positive sign. It has also formed an inverted head and shoulders pattern. It is being supported by the 25-day moving average. Therefore, the pair will likely break out higher later today. 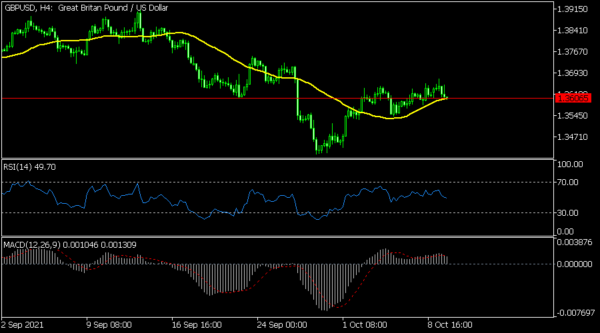 The EURUSD pair was little changed as traders wait for upcoming US inflation data. The pair is trading at 1.1557, which was slightly below this week’s high at 1.1585. On the four-hour chart, the pair has formed a bearish flag pattern and is also below the 25-day moving average. The Williams %R has also declined sharply. Therefore, the pair will likely break out lower in the next few trading sessions. 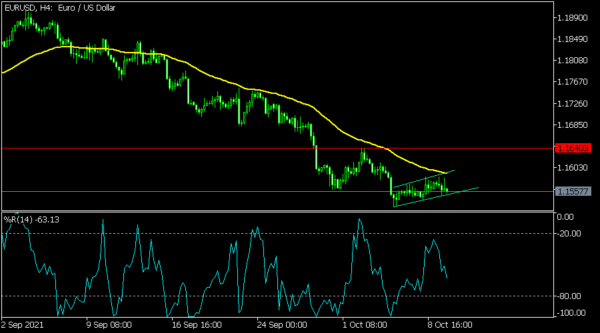 The BTCUSD pair rallied sharply overnight. It rose to a high of 57,500, which was its highest level since May this year. The pair also rose above all moving averages while the MACD and the Relative Vigor Index (RVI) are above the neutral level. The pair has also formed a bullish flag pattern. Therefore, the pair will likely keep rising in the near term. 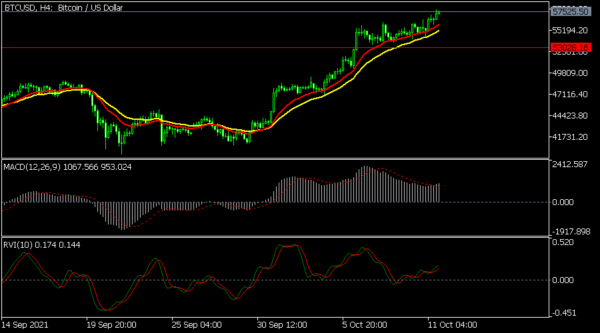