US futures tilted higher in early trading as investors reflected on the ongoing earnings season. Data compiled by FactSet shows that 23% of companies in the S&P 500 index have already published their results. Of these, 84% of them have reported better earnings per share than expected while 76% of them have reported better revenue forecast. The earnings season will continue this week, with top technology firms expected to publish their results. Some of the key firms to watch will be Facebook, S&P Global, Archer-Daniels Midlands, and Microsoft.

The euro was in a tight range on Monday morning as investors waited for the upcoming Eurozone sentiment data. The numbers are expected to show that the country’s business climate declined from 98.8 in September to 97.9 in October. At the same time, the current assessment of the economy is expected to have declined from 100.4 to 99.4 while business expectations are expected to move from 97.3 to 96.4. These numbers will likely decline because of rising inflation, which is affecting the cost of living. They will also be weak because of the ongoing supply chain challenges.

The price of crude oil is hovering near the highest level in years as investors remain optimistic about demand as the global economy reopens. Recent data by OPEC showed that oil demand will rise to more than 100 million barrels per day. The conclusion of the report was similar to that of the International Energy Agency (IEA). While demand is rising, oil supply remains under intense pressure since American shale producers are not pumping as much oil as they should. Similarly, OPEC+ members agreed to boost production at a slower pace than expected.

The EURUSD pair is trading at 1.1642, which is slightly above last week’s low of 1.1620. On the hourly chart, the price has moved slightly above the 25-day moving average. It is also a few points below the October high of 1.1670. The pair has also found significant support at 1.1620 while the Relative Strength Index (RSI) has kept rising. Therefore, the pair will likely keep rising as bulls target the important resistance at 1.1660. 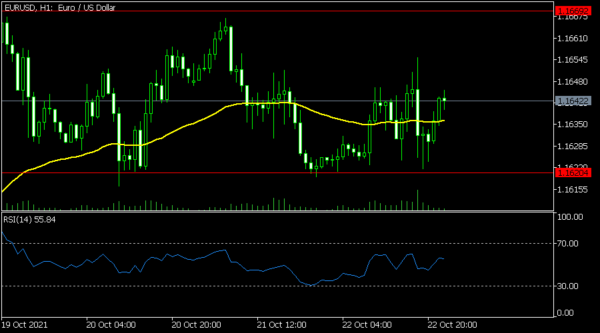 The USDCHF pair declined sharply last week. It moved to a low of 0.9150, which was the lowest level since September 13. On the four-hour chart, the pair has dropped below the 25-day and 50-day moving averages. It has also moved to the lower side of the Bollinger Bands while the Relative Strength Index (RSI) has moved to the oversold level. Therefore, the pair’s path of least resistance is lower, with the next key support being at 0.900. 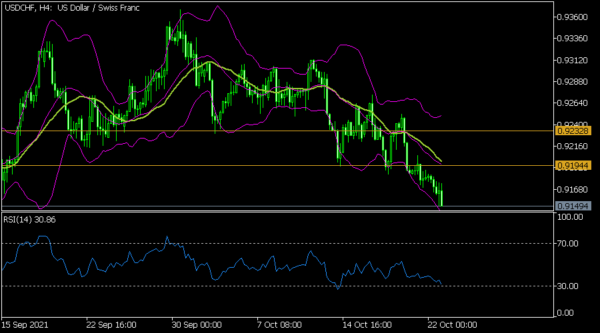 The GBPUSD pair declined to a low of 1.3735 as investors continued to worry about the reported new Covid wave in the UK. They are also focused on the upcoming budget by Rishi Sunak. The pair is along the lower line of the ascending channel that is shown in green. It has also moved slightly below the 25-day moving average and the 61.8% Fibonacci retracement level. Therefore, the pair will likely maintain the bearish trend as bears attempt to push it below the key support at 1.3700. 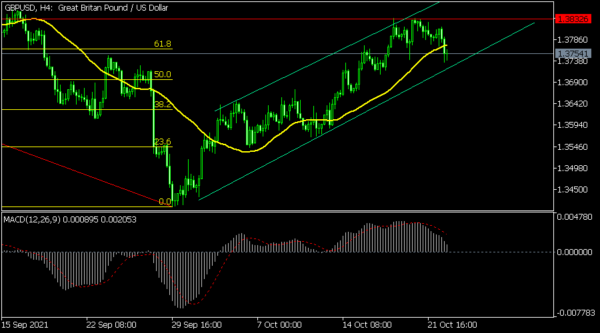