US equities were mixed on Friday as the earnings season kicked off. The Dow Jones declined by over 145 points while the S&P 500 and Nasdaq 100 index rose by 12 and 130 points, respectively. The earnings season were relatively mixed. While Wells Fargo reported strong results, JP Morgan’s revenue and profitability disappointed as the company warned about rising costs. The company is spending billions of dollars in technology investments. According to FactSet, about 60% of all companies in the S&P 500 index cited the rising costs in the Q4 earnings. US markets will be closed today. Later this week, companies like Morgan Stanley and Johnson & Johnson will publish its results.

The economic calendar will be muted today. Earlier on, China published the latest GDP numbers for the fourth quarter. These numbers showed that the economy did well in the fourth quarter even as the number of Covid cases rose. Still, there are signs that the performance will slow this quarter after the country announced major lockdowns in some cities. The major data to watch will be the latest Bank of Canada business outlook survey.

The EURUSD pair made a bullish breakout last week and soared to a high of 1.1482. This was the highest level since November 11th. It then declined to a low of 1.1415 after the weak US retail sales numbers. It has moved below the middle line of the Bollinger Bands. It also moved below the 25-day moving average while the Relative Strength Index (RSI) has moved below the overbought level. It is also slightly above the key support at 1.1377. Therefore, the pair will likely retest support and then resume the bullish trend. 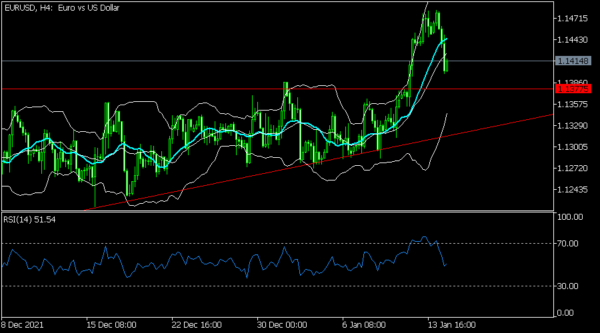 The USDCHF pair bounced back and rose to a high of 0.9138, which was the highest level since Wednesday. The pair moved slightly below the middle line of the Bollinger Bands while the Stochastic Oscillator and Relative Strength Index (RSI) started rising. It is also above the Parabolic SAR indicator. Therefore, the pair will likely keep rising as bulls target the key resistance at 0.9200. 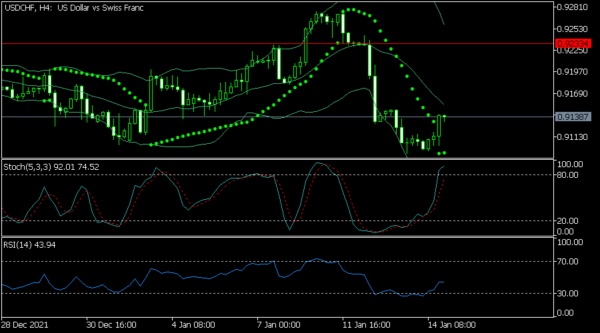 The GBPUSD pair declined to a low of 1.3652, which was the lowest level since January 12. The pair moved slightly above the ascending trendline that is shown in red. It also moved to the 25-day moving average while the MACD has formed a bearish crossover pattern. Therefore, the pair will likely keep falling as bears target the key support at 1.3600. 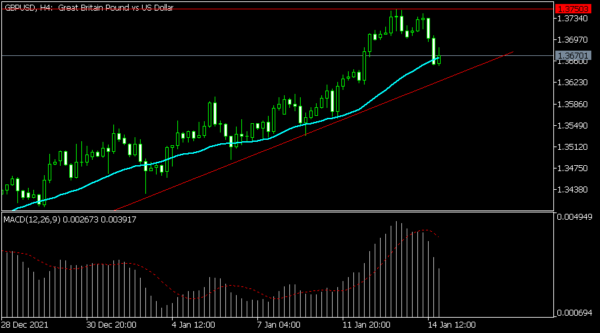