The price of crude oil held steady close to a seven-year high as investors remained optimistic about the rising demand. Brent rose to $86.71, meaning that it has jumped by 10% this year. WTI, the American benchmark, rose to $84.78, which is 12% above where it started the year at. Some analysts believe that oil prices will rise to about $100 this year considering that demand is expected to rise at a faster pace than supplies. Therefore, there are concerns that rising oil prices will lead to higher inflation. Worse, the ongoing tensions between Russia and Western countries has led to higher natural gas prices also.

US futures rose slightly on Monday as the country’s market remained closed for the Martin Luther King holiday. Futures tied to the Dow Jones, S&P 500, and Nasdaq 100 index rose by about 0.15%. The same performance happened in Europe, where the DAX and CAC 40 indices turned higher. The biggest catalyst for these indices will be the latest corporate earnings. Some of the top companies that will publish their results today are Charles Schwab, Goldman Sachs, PNC Financial, Bank of New York, Interactive Brokers, and JB Hunt, among others.

The British pound declined slightly ahead of the important economic data from the United Kingdom. The Office of National Statistics (ONS) will publish the latest UK employment numbers. Economists polled by Reuters expect the data to show that the country’s unemployment rate declined to 4.1% in November while the number of claimant counts declined by over 38k in December. These numbers will come a few days after the ONS published strong GDP and manufacturing and industrial production data. On Wednesday, the UK will deliver the latest consumer inflation data.

The GBPUSD pair continue falling in the overnight session ahead of important economic data from the UK. It is trading at 1.3645, which was a few pips below this year’s high of 1.3750. It managed to move below the ascending trendline shown in red. Most importantly, it declined below the 25-day moving average while the MACD has formed a bearish crossover pattern. Therefore, the pair will likely keep falling as bears target the 23.6% retracement level at 1.3600. 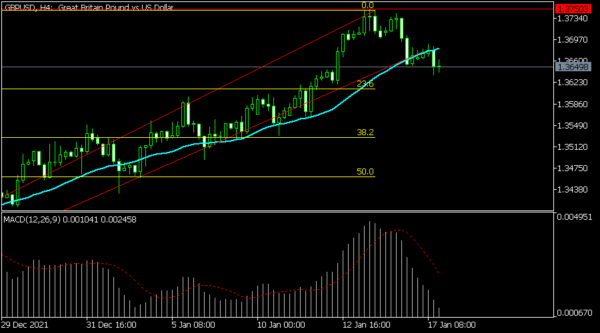 The EURUSD pair also turned lower as US dollar strength accelerated. On the three-hour chart, the pair moved below the 25-day moving average. It is slightly above the key support level at 1.1377, which it struggled moving above earlier this month. It also moved slightly below the dots of the parabolic SAR. Therefore, the pair will likely keep falling as bears target the support at 1.1377. 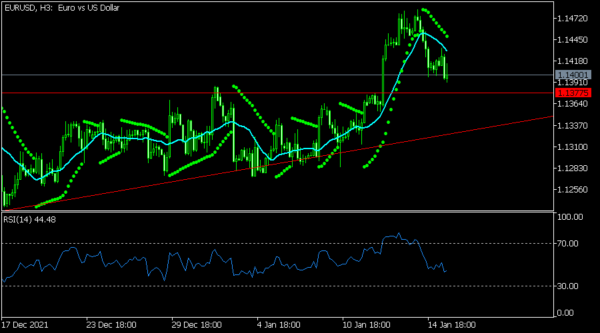 The XBRUSD bullish trend accelerated as investors predicted the rising demand. The pair is trading at 85.47, which was the highest level since November last year. It moved above the 25-day and 50-day moving averages. The Relative Strength Index (RSI) continued rising and is now approaching its overbought level. The MACD has also kept rising. Therefore, the pair will likely keep rising as bulls target the key resistance at 90. 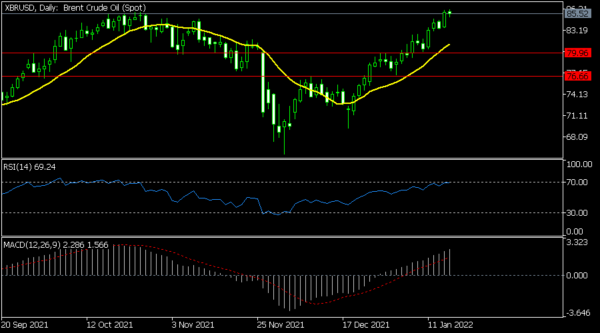