American stocks declined sharply on Tuesday as volatility in the financial market continued. The Dow Jones slipped by more than 400 points while the tech-heavy Nasdaq 100 index fell by 330 points. Investors have been worried about the ongoing lockdowns in China and the thinning margins by most industrial companies. On Tuesday, General Electric said that it expects that its adjusted free cash flow will be negative in the second quarter. Its stock crashed by more than 12% after the news. On the other hand, technology giants like Microsoft and Alphabet reported strong quarterly results. Tesla shares fell by more than 10% after Elon Musk’s decision to acquire Twitter.

The US dollar rose as global risks and the fear and greed index slipped to the fear level. Data published by Conference Board showed that consumer confidence declined from 107.6 to 107.3. This decline was worse than the median estimate of 108. Further data revealed that new home sales declined from 835k in February to 763k in March. Again, this drop was worse than the expected 765k. Meanwhile, the house price index rose from 1.6% to 2.1%. Durable goods orders rose by 0.8%. Still, these numbers will not change the Fed’s decision to be more hawkish.

The price of crude oil rose after Germany unveiled its plan to end its dependence on Russian oil. In a statement, the country’s economy minister said that it could end this dependence within days, after saying that it would take till the end of the year. In the statement, he said that the country now imports about 12% of oil from Russia, down from 35% since February. There was also optimism in China as government officials started ending the lockdown that has been going on in Shanghai. The EIA will publish the latest inventories data. After falling by over 8 million in the previous week, analysts expect that inventories rose to over 2.16 million barrels.

The XBRUSD pair rose to a high of 104.97 in the overnight session. It rose above the 25-day moving average while the Stochastic oscillator is approaching the overbought level. The DeMarker indicator has moved above the oversold level. It is also between the important support and resistance levels at 95.03 and 114.17. Therefore, there is a possibility that the pair will resume the downward trend ahead of the latest EIA data. 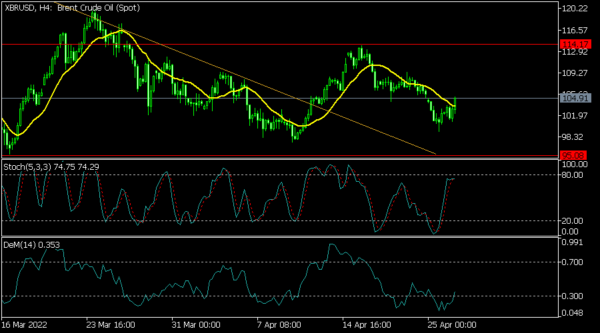 The EURJPY pair declined sharply as investors predicted that the Bank of Japan will start tightening. It is trading at 135.86, which is below this month’s high of 140. On the four-hour chart, it has moved below the 25-day and 50-day moving averages while the Relative Strength Index (RSI) has continued its downward trend. The Average Directional Movement index has moved above 47. Therefore, the pair will likely keep falling. 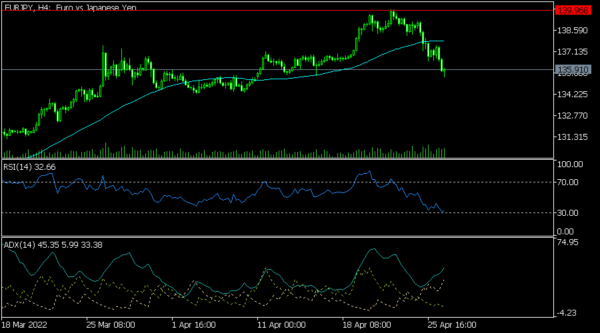 The EURUSD pair dropped sharply as the US dollar index continued rising. The pair is trading at 1.0660, which is below the important resistance level at 1.0753. It has moved below the dots of the Parabolic SAR indicator. Also, the pair is below the 25-day moving average while oscillators have kept falling. Therefore, the pair will likely keep falling. 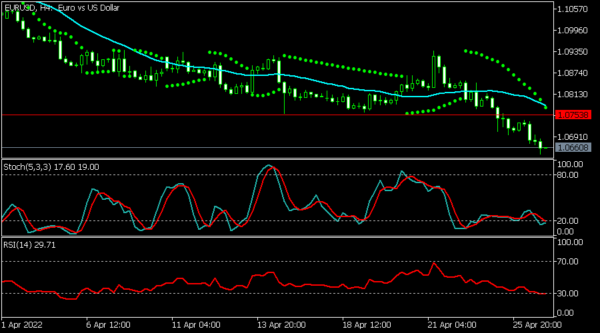