Global stocks are still on edge as worries about the Federal Reserve continued. Futures tied to the DAX and Nasdaq 100 continued dropping in early trading. The sell-off accelerated when the Fed decided to reduce liquidity in the market by hiking interest rates and starting a quantitative tightening policy. As a result, stocks declined as investors avoided betting against the Fed. At the same time, the earnings season has pointed to margin contraction considering that earnings have declined. According to FactSet, earnings growth was at 9.1%, which is the lowest level since Q4 of 2020.

The price of crude oil rose slightly as investors reacted to the latest meeting by OPEC+ leaders. The members, as expected, decided to continue hiking production gradually even as demand kept rising. They will now continue adding about 432k barrels of oil per day. The announcement came as the European Union continued deliberating on blocking Russian oil. The process stalled when Hungary decided to veto it saying that the move would deprive the economy of the vital resource.

The economic calendar will not have any major events today. Therefore, investors will focus on the ongoing earnings season. The companies that will publish today include Tyson Food, Palantir Technologies, Lordstown Motors, Maxar Technologies, and Vroom among others. Raphael Bostic, a Fed official will speak and share his opinion about the economy. Earlier on, the Chinese statistics agency said that its exports declined slightly because of recent lockdowns.

The XBRUSD pair continued surging as demand continued rising. It rose to a high of 112.45, which was the highest level since April 20th. On the four-hour chart, the pair is approaching the important resistance level at 114.17. It has also moved slightly above the descending trendline shown in orange. The uptrend is also being supported by the 25-day and 50-day moving averages while the Stochastic Oscillator and the DeMarker indicator have risen. Therefore, the pair will likely keep rising as bulls target the key resistance at 114.17. 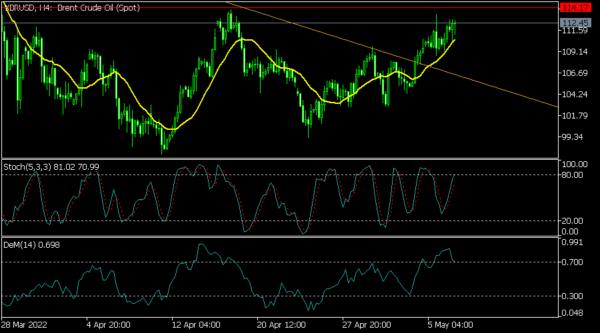 The EURUSD pair moved sideways as investors reacted to the recent American non-farm payrolls data. It is trading at 1.0545, which is slightly above last week’s low of 1.0480. It is at the same level as the envelopes indicator while the Relative Strength Index and the Stochastic Oscillator have moved to the neutral level. The pair will remain at this range since there is no major data from the US and EU. 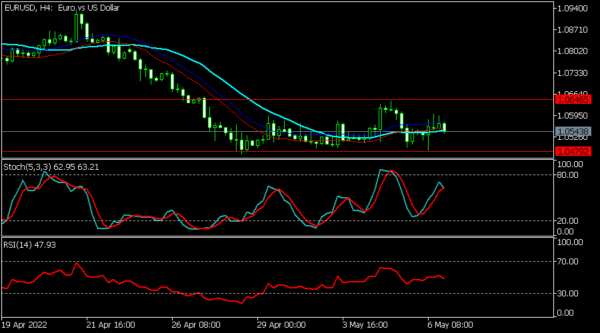 The USDCAD pair held steady after the latest jobs data from the US and Canada. It is trading at 1.2900, which was the highest level since May 4. It moved above the upper side of the Bollinger Bands. Also, the pair has moved above the 25-day and 50-day moving averages while the Relative Strength Index has moved close to the overbought level. The pair will likely keep rising as bulls target the resistance at 1.2950. 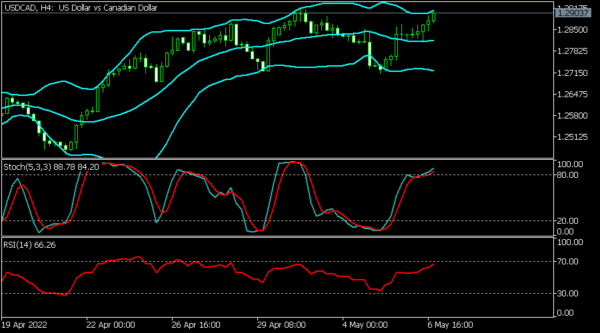