The sell-off in Wall Street continued Monday as the Dow Jones plunged by over 600 points and the Nasdaq 100 fell by 500 points. Stocks continued declining as investors continued to worry about the rising risk of a recession and thinning margins. Recent data showed that there was a likelihood that the economy will go through a recession. For example, data published in April revealed that the American economy barely grew in the first quarter. Also, the recent inversion of the yield curve led to elevated fears that the situation in the US will worsen. Well-known companies like Tesla, Apple, AMD, Nvidia, and Microsoft declined by more than 5%.

The corporate earnings season continued Monday as more American firms published weak quarterly results. In a statement, Palantir Technologies said that it had a strong first-quarter as its revenue rose to $446 million. However, the stock crashed by more than 20% after the firm warned about its guidance. Electric vehicle companies like Tesla, Rivian, and Canoo declined sharply after Lordstown Motors reported weak results. The top companies that will publish their results today are Hyatt Hotels, Planet Fitness, Electronic Arts, and Roblox.

There will be no major economic events today. In the Asian session, New Zealand published relatively strong electronic card retail sales while Australia released the latest retail sales numbers. Other key events to watch on Tuesday will be the latest Norway consumer inflation numbers and the German ZEW economic sentiment data. Finally, the American Petroleum Institute will release the latest inventories numbers. This data will come as the EU continues to deliberate on a Russian oil ban.

The EURUSD pair remained stuck in a narrow range during the Asian session. The pair is trading at 1.055, which is slightly above last week’s low of 1.0480. The Bollinger Bands have narrowed while the price has moved slightly above the 25-day moving average. The Chaikin Oscillator and the Relative Strength Index (RSI) have pointed upwards. The pair will likely remain in this range as investors wait for the upcoming US inflation data. 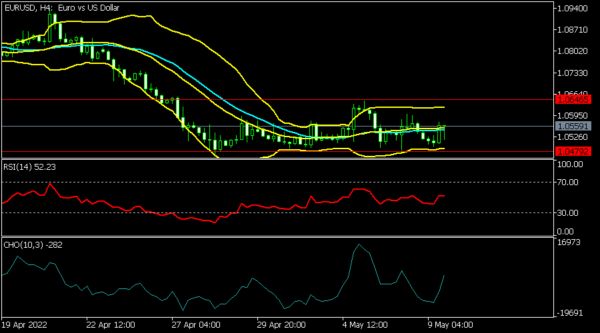 The XBRUSD pair declined ahead of the upcoming US inventories data. It also declined after the Russian Victory Day event. It is trading at 106.53, which was the lowest level since May 4th. It is about to retest the descending trendline. The pair has also dropped below the 25-day moving average while the Stochastic Oscillator and DeMarker have also pointed downwards. The pair will likely resume the bullish trend now that it has formed a break and retest pattern. 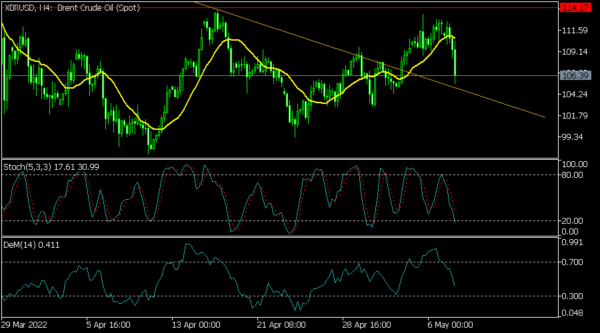 The EURCHF pair continued its bullish trend as investors priced in a divergence between the ECB and the SNB. the pair’s bullish trend accelerated when it moved above the important resistance at 1.0370. On the four-hour chart, it has moved above the 25-day and 50-day moving averages while the Relative Strength Index (RSI) has continued rising. The pair will likely keep rising in the near term. 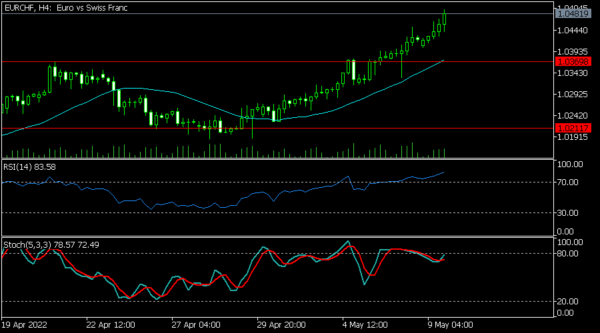