American stocks rose on Tuesday as the recovery rally continued. The Dow Jones rose by more than 175 points while the tech-heavy Nasdaq 100 index rose by more than 1.1% as the tech rally continued. The latest catalyst for the rally was the strong American retail sales numbers. According to the Commerce Department, retail sales rose for the fourth straight month. Sales rose by 0.9% in April from the previous month. Still, since retail sales are not adjusted for inflation, it means that consumers are getting less due to high prices. Also, results by leading companies like Walmart and Home Depot showed that their margins are struggling.

The British pound rose sharply in the overnight session as the US dollar retreated. The currency rose after data revealed that the UK unemployment rate declined to the lowest level since 1975. Additional data revealed that wages continued growing as the labor market tightened. The currency will be in the spotlight as the Office of National Statistics (ONS) publishes the latest inflation data. Economists expect the data to reveal that the headline CPI rose from 7.0% to 9.1% in April. Similarly, they believe that the core CPI rose from 5.7% to 6.2%. If analysts are correct, these will be the highest numbers in more than three decades.

The euro rose also rose after hawkish sentiment from European Central Bank (ECB) officials. In an interview, the Dutch Central Bank president said that the ECB should implement a 0.50% in the July meeting. In another statement, Christine Lagarde also hinted that the bank would start hiking rates. Later today, Eurostat will publish the latest consumer price index (CPI) data. Economists expect the numbers to show that the headline CPI rose by 7.5% in April while core CPI rose by 3.5%. The other important economic data to watch today will be the latest US building permits and housing starts and crude oil inventories data.

The EURGBP pair declined to a low of 0.8390 on Tuesday and then pulled back to the current 0.8445. On the four-hour chart, the pair moved between the middle and lower lines of the Bollinger Bands. It also declined below the 25-day moving average while the MACD moved below the neutral line. The Williams % Range moved above the oversold level. The pair will likely keep be volatile as investors react to the latest UK and EU inflation data. 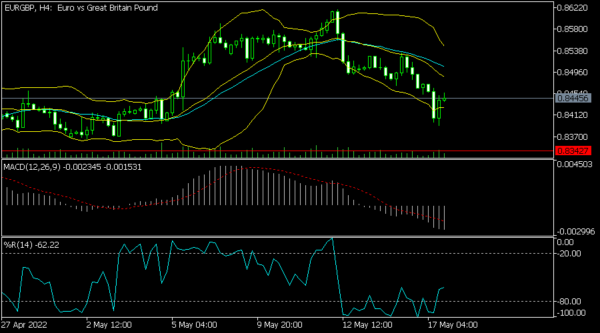 The Nasdaq 100 index continued its recovery as investors bought the dip. The index rose to a high of $12,475, which was significantly higher than this month’s low of $11,700. On the four-hour chart, the pair moved between the middle and the lower lines of Bollinger Bands. It has also moved above the 25-day moving average while the Relative Strength Index (RSI) continued rising. Therefore, the index will likely keep rising, with the next key resistance being at $12,600. 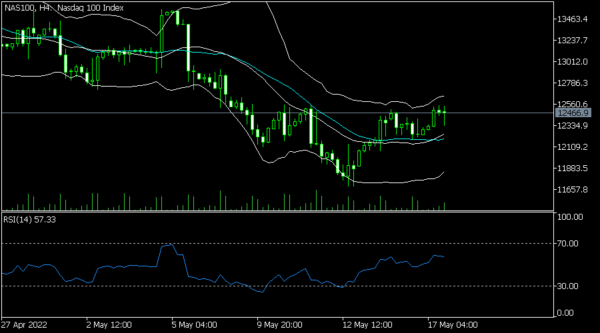 The EURUSD pair rose to the highest point since May 12 ahead of the upcoming EU inflation data. On the four-hour chart, the pair moved above the dots of the Parabolic SAR indicator. It has moved above the 25-day moving average. The Relative Strength Index has moved to the overbought level while the On-Balance-Volume (OBV) has been rising. Therefore, the pair will likely keep rising. 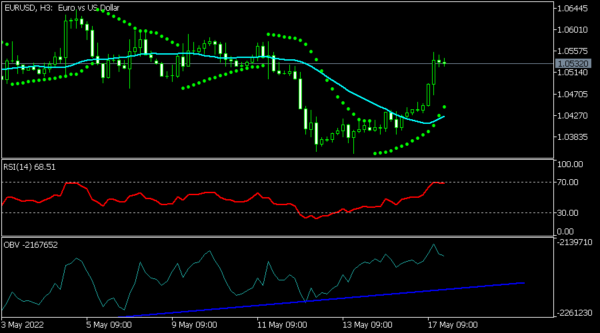