Canadian employment likely didn’t change much in May. We expect a gain of 15,000 jobs—matching the increase in April. Employment growth has slowed dramatically in recent months, but not due to any shortfall in labour demand. The number of job openings in Canada was still running ~70% above pre-pandemic levels in May. But the number of workers available for hire is now very small, with the unemployment rate at 5.2% in April, its lowest level since at least 1976. And labour shortages are widespread by sector. That means additional demand for workers from now on will show up more in wage growth than in employment counts.

Meantime, wages have shown signs of drifting higher, and that likely continued in May. Wage increases have emerged more quickly in the U.S., but surging inflation is eating into household purchasing power at the same time. Next week’s U.S. inflation report is expected to show the headline year-over-year rate little changed after edging lower for the first time in almost a year in April, falling to 8.3% from 8.5% in March. Gasoline prices jumped to almost $4.50 per gallon on average in May—up 49% from a year ago and over 4% (seasonally adjusted) from April. That should push energy inflation even higher.

Food prices are expected to have risen at a faster rate again, driven by more expensive farm products and rising processing and transport costs. Higher food and energy prices alone would be enough to make consumers feel the pinch of higher prices, but pressures have been far broader than that. Ex-food and energy (core) CPI growth likely moved a touch lower year-over-year but should still hold at around 6%. Wages in comparison have still increased more compared to pre-pandemic levels—at 4.7%, annualized growth in average hourly earnings in the U.S. from 2019 still remains above the annualized inflation increase over the same period (4.2%). But the gap is closing, quickly. 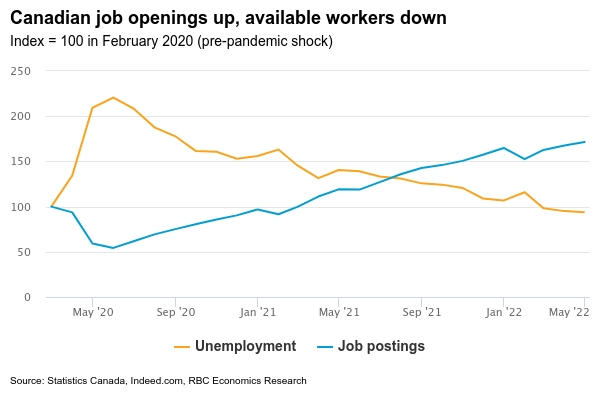 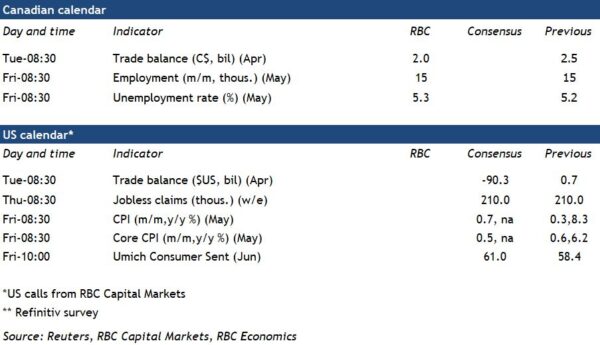