American stocks wavered on Wednesday as Jerome Powell testified before a Senate committee. In the statement, Jerome Powell warned that the battle to fight inflation could lead to higher interest rates and even a recession. He also said that the bank will continue hiking until it sees clear proof that inflation is slowing. His remarks underscored the challenging situation that the Fed finds itself in as it seeks to fight inflation which has surged to the highest point in over 40 years. Still, there are concerns about whether higher interest rates alone will lower inflation since it has been caused by supply and demand imbalances.

The Canadian dollar strengthened slightly against the US dollar after the latest strong consumer inflation data. According to Statistics Canada, the headline consumer price index rose from 6.8% to a multi-decade high of 7.7% in May. It rose from 0.6% in April to 1.4% in May. Excluding the volatile food and energy prices, the country’s inflation rose from 5.7% to 6.1%. These figures will also put more pressure on Bank of Canada, which has continued tightening. They came a day after the same agency published strong retail sales numbers.

The economic calendar will have some important data today. Markit will publish flash manufacturing and services PMIs from several countries. The data will provide a gauge of how these companies performed this month. Meanwhile, Jerome Powell will continue testifying in Congress. Historically, the second day of testimony does not cause significant market action. The Energy Information Agency will publish the latest inventories numbers. The data will come as the US moves to remove the Federal gas task, a move that analysts believe will not have an impact on oil prices. The rail strike in the UK will enter the third day as negotiations go on.

The EURUSD pair bounced back as Jerome Powell testified in Congress. It rose to a high of 1.0590, which was the highest point since Friday last week. It moved above the ascending green trendline and the 25-day moving average. It is also along the upper side of Bollinger Bands while the Relative Strength Index (RSI) has continued rising. Therefore, the upward trend will likely continue in the coming days. 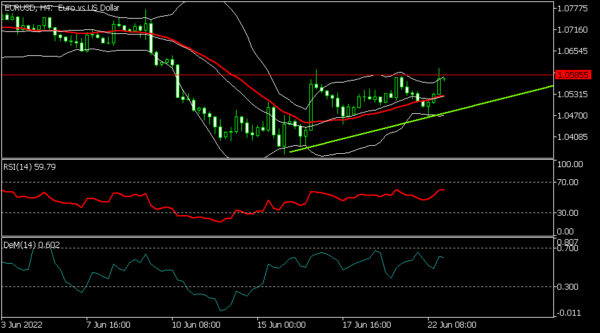 The USDCHF made a bearish breakout after the hawkish statement by the SNB governor. The pair dropped to a low of 0.9570, which was the lowest level since June 6. It moved below the lower side of the bearish pennant pattern and the short and longer moving averages. The Relative Strength Index has moved close to the oversold level. Therefore, the pair will likely continue falling today. 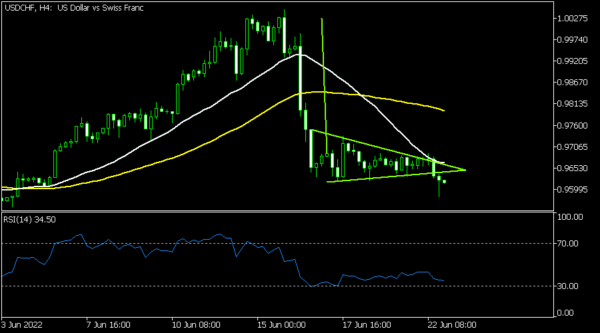 The USDCAD pair tilted lower after strong Canadian inflation data. It dropped to a low of 1.2931, which is lower than this month’s high of 1.3080. It has formed a head and shoulders pattern and moved below the 25-day moving averages. At the same time, the RSI has formed a bearish divergence pattern while the Stochastic Oscillator has moved below the overbought level. The next key support to watch will be at 1.2887. 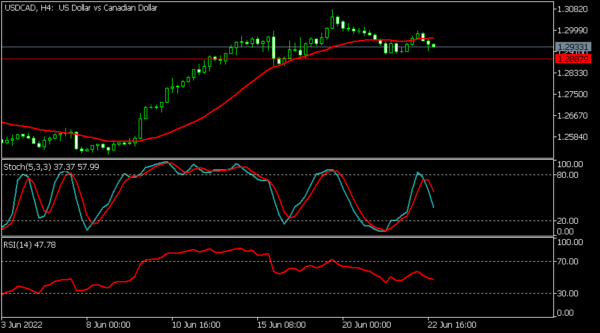