The total capitalisation of the crypto market, according to CoinMarketCap, rose by 3.8% to $1.1 trillion overnight. 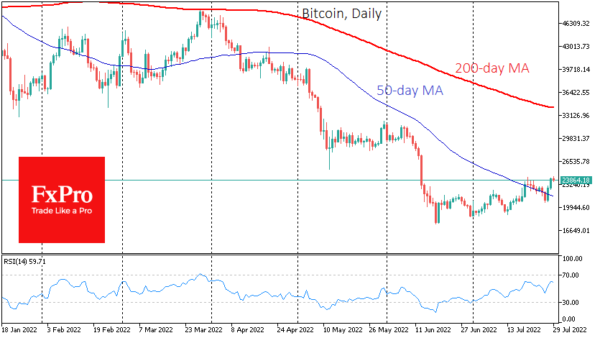 Bitcoin has closed above its 50-day moving average for two days. Closing the week above 22,700 would be a telling return to territory above the 200-week moving average.

Such a technical disposition could inspire retail buyers. Other factors are at work for institutionalists, notably a recovery in demand for risky assets and a pullback of the dollar from multi-year highs. 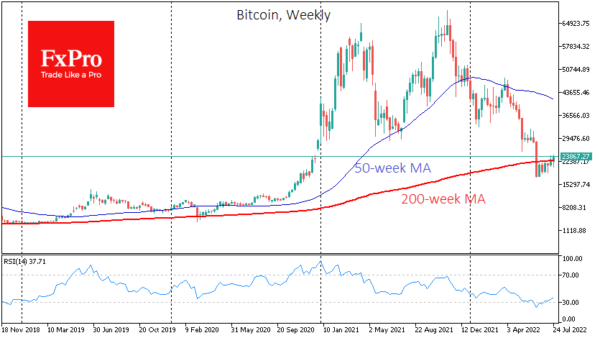 However, the longer-term and whole picture is working against the buyers. As long as we see tightening monetary and economic conditions, the crypto market has to move against the tide. In addition, Guggenheim Partners’ widely held view remains that the industry has not yet been “cleared” of distressed participants. Crypto will be in trouble long-term because of regulatory pressure and a lack of strong institutional support.

According to the IMF, the cryptocurrency market will fall if the economy went into recession. Preliminary US GDP data released on Thursday confirmed the start of a technical recession in the country.

The UK has suggested that cryptocurrencies be treated as a new property type, making it much easier to protect investors in this instrument.