Official data showed a 5.4% y/y rise in retail sales in August compared to the expected 3.8%. The retail sector has benefitted from pent-up demand after a sluggish 2.7% MoM. Industrial production added 4.2% YoY against expectations of 3.8%. 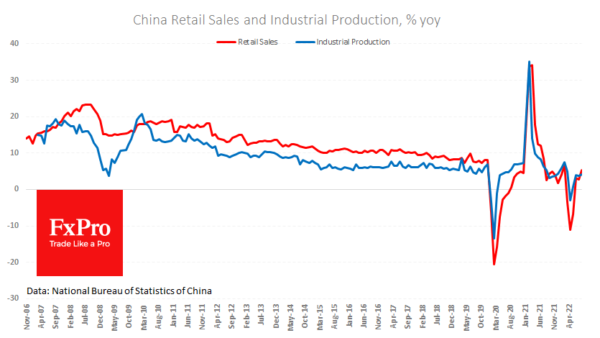 These improvements are mainly attributable to the easing of coronavirus restrictions but may also be a reaction to the stimulus package implemented last month.

The recent economic acceleration may also be linked to the weaker renminbi, which has lost 4.7% against the dollar in less than a month. The USDCNH gained 11.5% from March local lows. In contrast to Europe, where a weak Euro is becoming a brake on the economy, the weaker renminbi may be warmly greeted by the authorities.

China’s consumer and producer prices growth is close to 2.5% y/y, compared with 9% CPI growth in the Eurozone and 8.3% in the USA. The weaker yuan supports Chinese exports’ competitiveness and slightly boosts domestic consumption but has not yet provoked excessive pressure on prices. 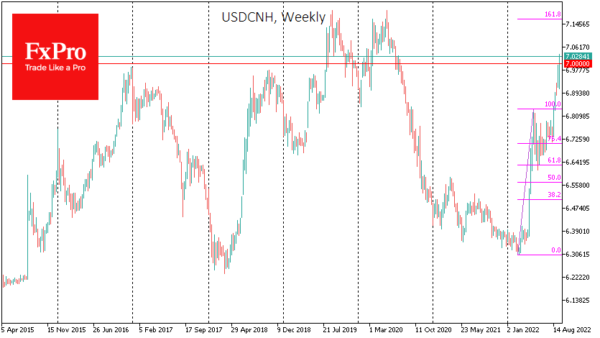 Yesterday the Chinese offshore yuan crossed the 7.0 per dollar line and is trading at 7.03 today. A significant psychological level in the past forced the authorities to step in to defend their currency in 2016 and 2018. In 2019 and 2020, the turning points have been higher, close to 7.15. It is well worth being prepared that we will not see any meaningful action or serious verbal interventions by the Chinese or US authorities up to these levels.