Action Forex
HomeContributorsFundamental AnalysisFX Intervention: Risks for Solos, Not Yet for Accords

FX Intervention: Risks for Solos, Not Yet for Accords

The US dollar is under some pressure on Tuesday morning, which can be attributed to the dollar’s local profit-taking after substantial gains on previous days. European equities and US index futures are also getting some relief, pulling back from lows.

However, until we see a change in the fundamentals, bounces like today’s are likely to be nothing more than local retracements of established trends – bullish for the dollar and bearish for equities. 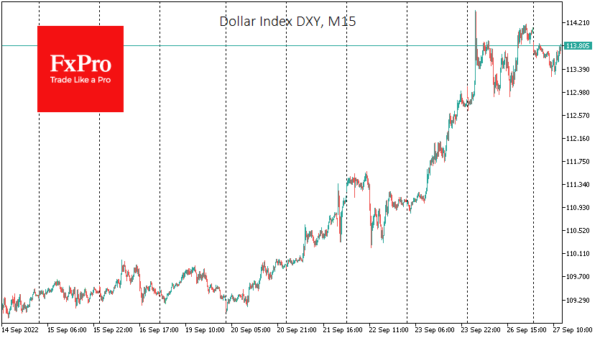 There is little doubt in the markets now that the main driving force behind the markets is the continuing tightening of current and, most notably, expected conditions. The dollar has been in increasing demand in recent months, as comments from the Fed are methodically pushing higher the expected interest rate ceiling and for longer.

Not all major central banks have the ability or the courage to maintain the same pace, which is taking the dollar’s main competitors out of the game. But these same conditions require regulators to act more aggressively. 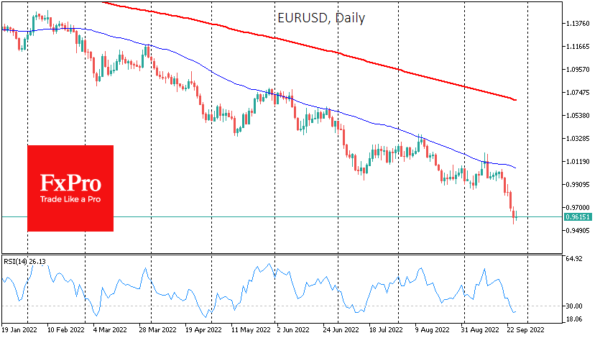 Last week, Japan began its interventions to defend the yen exchange rate. The Swiss National Bank has repeatedly warned that it is ready to intervene. Observers have also demanded action from the Bank of England. But the latter has yet to budge, taking a week to assess the situation.

In the words of the ECB officials, there is more and more evident dissatisfaction with the ongoing weakening of the euro.

Because a sharp rise in interest rates in over-leveraged economies may come as a shock, the central bank may intervene to stop the unilateral weakening of national currencies.

Right now, it seems unlikely that the major central banks would be willing to press on the dollar in a coordinated way as they did in 1985 with the secretly prepared so-called Plaza Accord. It hardly fits with US priorities to lower inflation and weaker commodity prices.

At the same time, there are increasing risks that the major central banks, one by one and acting on the situation, may use this almost forgotten instrument to stop unilateral speculation against their currencies.

In our view, since last week and for the foreseeable future, Japan has already included interventions in its active policy, potentially limiting the USDJPY from rising above 145. It is unlikely to be an easy ride for Japan’s Ministry of Finance, but it has the strength to fight back. 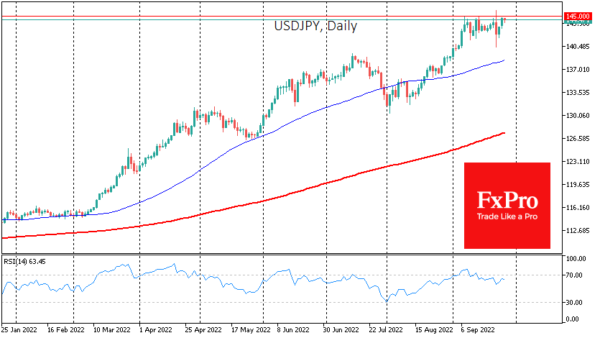 Among the other majors, the GBP has the highest currency intervention risks right now, with EUR and CHF slightly less so. In Canada and China, the monetary authorities are not concerned about the exchange rate, as inflation is slowing down there. Hence, it is unlikely that we will see interventions in the CAD and the CNY. Although the Australian dollar has lost 6% since the beginning of the month, it is now 18% above the 2020 ‘bottom’, so in our view, monetary authorities can use traditional rate hikes and quantitative tightening for now.