The Euro started a downside move from 1.1960 against the US Dollar and declined sharply. The EUR/USD pair broke many supports such as 1.1860 and 1.1820 to move into the bearish zone. 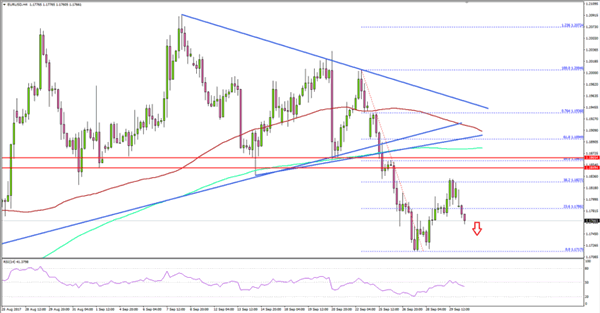 Looking at the 4-hours chart of EUR/USD, there was a break below two important bullish trend lines with support near 1.1870. The pair also broke the 100 and 200 simple moving averages (H4) to trade towards 1.1710.

First, the Tankan Large Manufacturing Index for Q3 2017 was released by the Bank of Japan. The market was looking for a rise in the index from 17 top 18. The actual result was above the forecast, as there was an increase to 22.

The Tankan large Manufacturing Outlook was forecasted to increase from 15 to 16, but again the actual was positive as the index rose to 19.

The Tankan Large All Industry Capital Expenditure was forecasted to rise by 8.3% in Q3 2017. However, the result was a bit lower, as the increase was 7.7%, which was also less than the last 8%.

Moreover, the Nikkei Manufacturing PMI for September 2017 was published today. The forecast was slated for no change in the PMI from 52.6. The actual was positive, as there was a rise from 52.6 to 52.9. 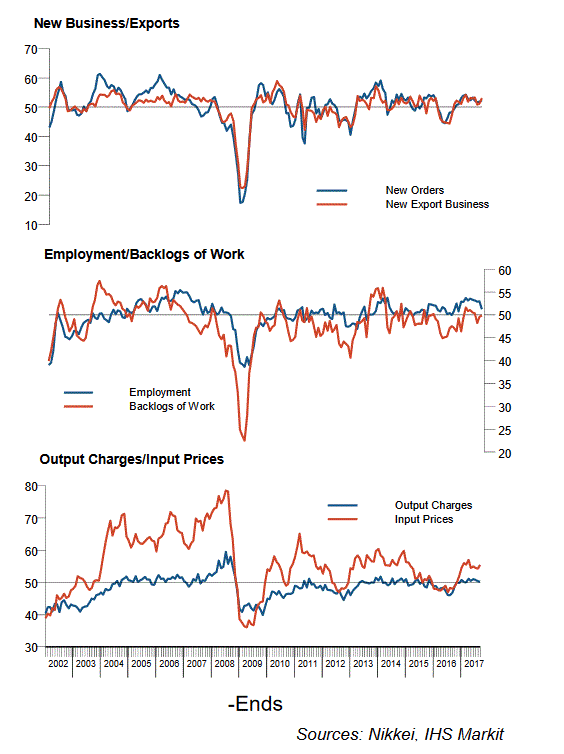 Commenting on the report, the Principal Economist at IHS Markit, Annabel Fiddes, stated:

Latest data signalled a further improvement in growth momentum across Japan’s manufacturing sector with the PMI rising to a four-month high in September.

The results favored the Japanese Yen, but the USD/JPY pair remains in an uptrend and looks set to gain pace above 113.00 in the near term.