‘Factories are benefiting from greater consumer and business optimism since last fall’s presidential election. Companies are spending more on big-ticket items such as industrial machinery, and Americans are buying cars at near-record levels. Overseas growth has spurred more exports.’ – Forbes

US industrial production was unchanged last month, while market analysts anticipated an increase, official figures revealed on Friday. The Federal Reserve reported factory production came in at 0.0% in February, falling behind analysts’ expectations for a gain of 0.3%. Meanwhile, January’s initially reported drop of 0.3% was revised to a 0.1% fall. However, manufacturing production, which accounts for 75% of overall industrial output, posted a 0.5% increase in February that matched the preceding month’s rise. A global economic recovery, stronger business investment in equipment and appropriate inventory levels allowed manufacturers to gain momentum over the last several months. The advance in manufacturing output was in line with analysts’ forecasts. Data also showed utility output decreased 5.7%, following a 5.8% decline in January. The fall was mainly driven by unusually warm temperatures. Mining production rose 2.7% last month, boosted by oil and gas drilling. Business equipment output advanced 0.7% in February, compared to a 0.1% decline registered in the prior month, whereas production of construction supplies increased 1.3% after climbing 1.4% in January. Other data released on Friday showed mood of American shoppers jumped to 97.6 in March, according to the preliminary reading released by the University of Michigan. 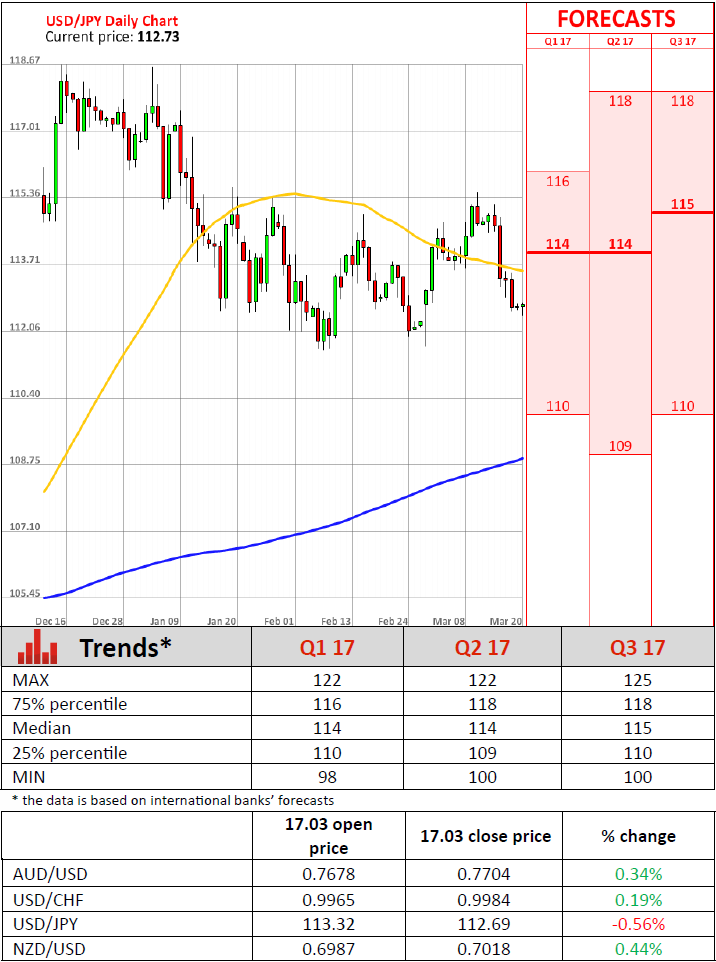