‘The consumer has almost everything going for it. As the consumer goes, so goes our economy. We’re setting up for another decent year in 2017’. -Ryan Sweet, Moody’s Analytics Inc.

On Monday, the Commerce Department reported consumer spending rose 0.5% in December, following the preceding month’s 0.2% rise and surpassing a 0.4% increase forecast. The stronger than expected figure pointed to solid domestic demand that is expected to boost economic growth in early 2017. Data showed purchases of manufactured durable goods climbed 1.4% last month, while consumer spending on services jumped 0.4%. Meanwhile, personal income increased 0.3% month-over-month in December after rising 0.1% in the prior month. However, economists expected household income to climb 0.4%. Salaries and wages grew 0.4% in December after dropping 0.1% in November. For all of 2016, income climbed 3.5% after increasing 4.4% in 2015. Separately, the Commerce Department said the PCE Price Index advanced 0.2% in December, following November’s 0.1% increase. During the twelve-month period ending December, the Index rose 1.6%, the largest increase since September 2014, up from the previous month’s 1.4% rise. Excluding volatile items, the Core PCE Index grew 0.1% after being unchanged in November, in line with analysts’ expectations. 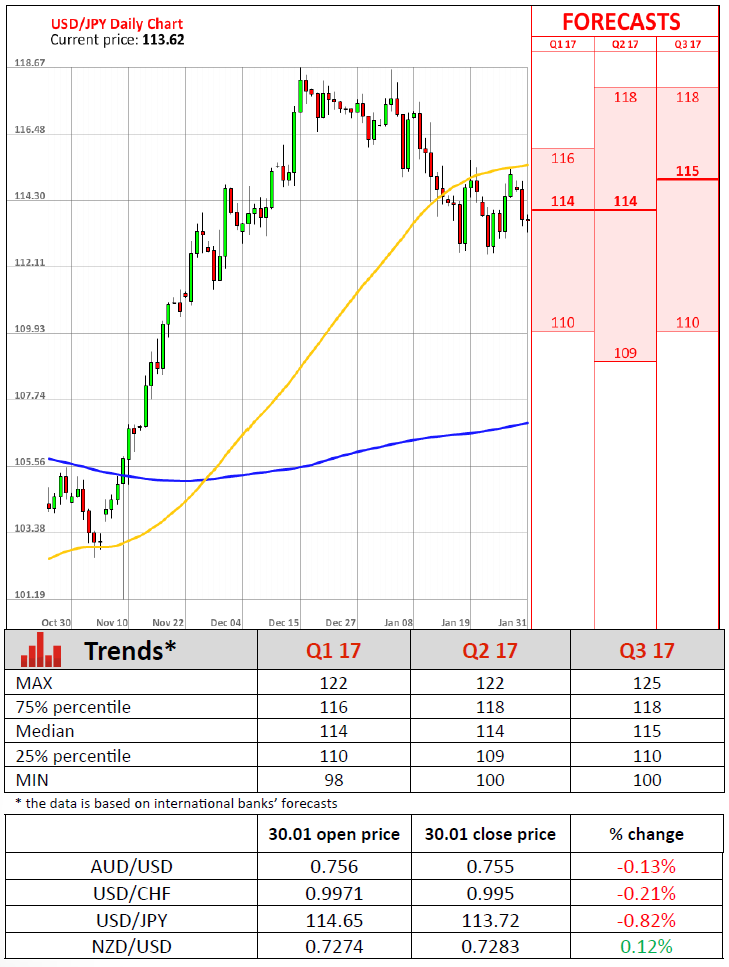