The Canadian labor market continues to defy expectations, as the economy recorded the biggest one-month job gain in nearly six years while the unemployment rate dropped below the psychological +6% benchmark.

The Canadian economy added a net +79,500 in November on a seasonally adjusted basis (the best one-month print since April 2012).

The market consensus was for a 10,000-job advance, according to economists at Royal Bank of Canada.

Food for thought: Canadian minimum wages goes up in January 2018, will some of the short-term job gains be reversed? 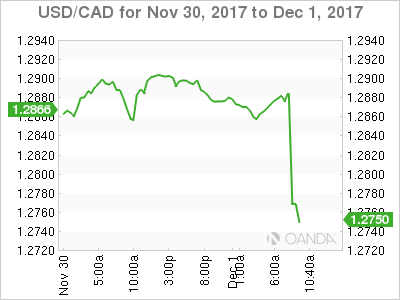