‘The PMI, New Orders, and Production Indexes all registered their highest levels since November of 2014, and comments from the panel are generally positive regarding demand levels and business conditions’. -Bradley Holcomb, ISM

US private companies created far more jobs than expected in January, data published on Wednesday showed. The ADP National Employment Report, a jobs survey released two days before the official Bureau of Labor Statistics government report, revealed that the US private sector saw an increase of 246,000 jobs last month, surpassing markedly analysts’ expectations for 165,000. Meanwhile, the December figure of 153,000 was revised slightly down to 151,000. Analysts widely expect the NFP report to show on Friday a 170,000 jobs gain for January, while the unemployment rate is forecast to remain unchanged at 4.7%. Separately, the Institute of Supply Management reported its Purchasing Managers’ Index advanced to 56.0 in January, up from the preceding month’s reading of 54.5 and surpassing analysts’ expectations for 55.0 points. Any reading above the 50 point level indicates expansion in the manufacturing sector. Furthermore, the New Orders Index and Employment Index advanced to 60.4 and 56.1 in the reported month, respectively. Meanwhile, the Price Paid Index rose to 69.0 for the eleventh consecutive month in January, compared with 65.5 previously. The number slightly topped economists’ forecasts for an increase to 66.0. 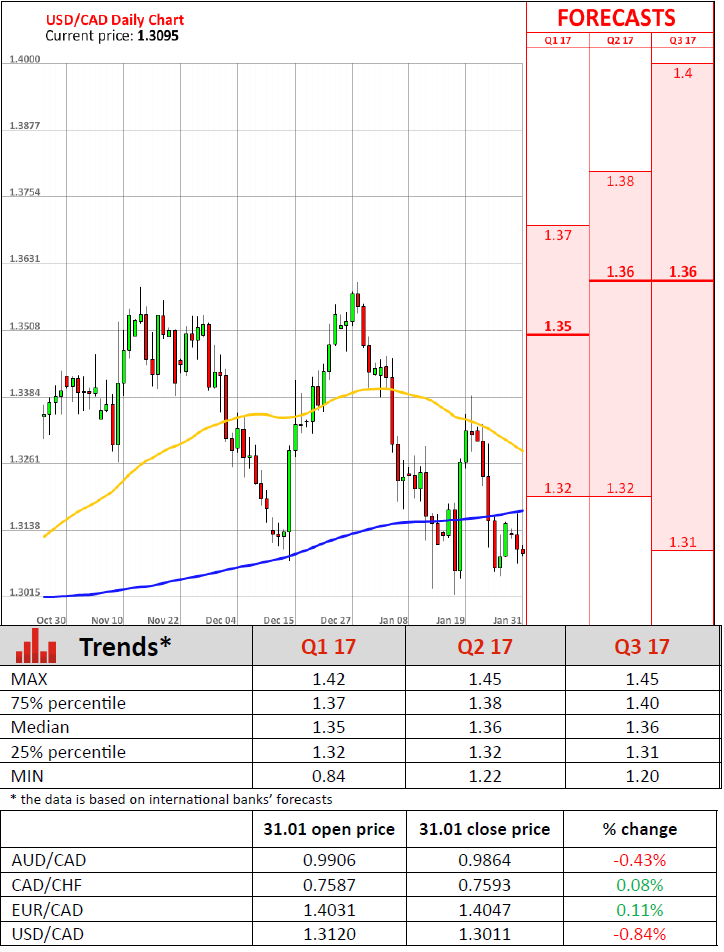