In economic news, Switzerland’s total sight deposits remained steady at a level of CHF575.9 billion in the week ended 16 March.

Moving ahead, investors would await Switzerland’s SECO economic forecast and trade balance data for February, both slated to release in a few hours. 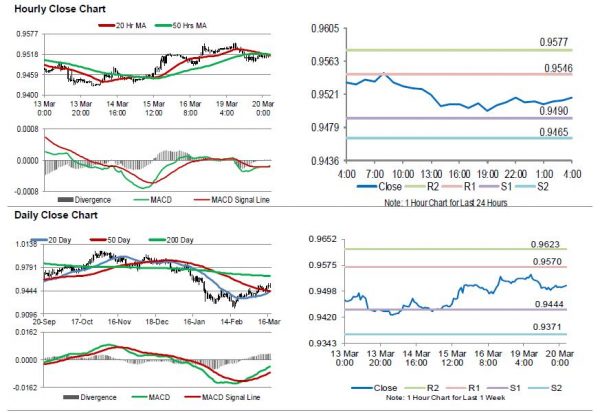