US manufacturing activity rose in line with analysts’ expectations last month, a private survey revealed on Monday. The Institute for Supply Management reported its Purchasing Managers’ Index for the manufacturing sector came in at 57.2 in March, down from the preceding month’s 57.7. However, the figure met market forecasts. Out of the 18 industries, 17 reported growth last month. Data also showed that the sharp oil price rebound contributed most to the manufacturing sector recovery over the past several months. Nevertheless, some manufacturing companies projected activity growth to remain flat in the upcoming months. The New Orders Index came in at 64.5 points, following the February reading of 65.1. However, the gauge if new orders remained at its three-year highs, suggesting that the sector would remain on a solid growth track. Manufacturers also pointed to rising raw material prices, providing further evidence that inflationary pressures continued to build in the US economy. Meanwhile, Markit reported that the group’s PMI for the US manufacturing sector dropped to 53.3 last month, the lowest in six months, compared to the prior month’s 53.4, whereas analysts anticipated a slight rise to 53.5 points. Furthermore, Markit said that the New Orders Index came in at its slowest pace since October. 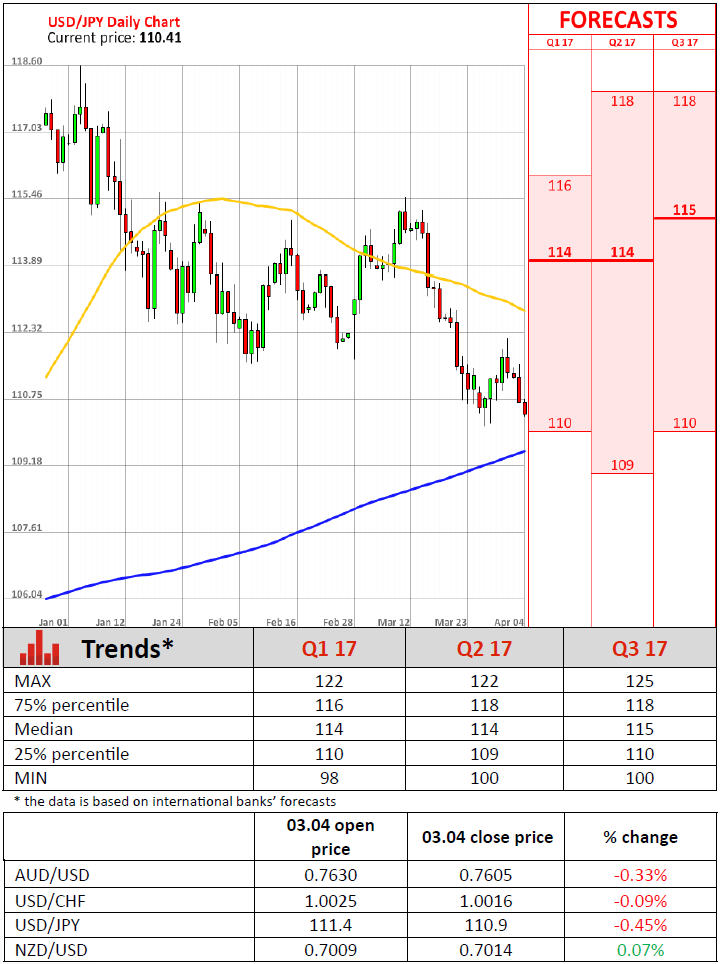