RBNZ to Stand Pat and Shift to a More Upbeat Bias

During the late US trading session today, the RBNZ rate announcement will be in the spotlight. The forecast is for the Bank to remain on hold after cutting rates at the latest meeting in November. We share that view considering the recent improvement in the nation’s economic data. Since the latest meeting, the CPI accelerated sharply in Q4, while 2-year inflation expectations for Q1 surged almost to the mid-point of the RBNZ’s 1% – 3% target range. In our opinion, these developments have greatly diminished the likelihood for any further action by the Bank in the foreseeable future. Even though the employment data for Q4 were somewhat disappointing, given the material improvement in the inflation outlook, we think that the Bank will be more than satisfied. Thus, the tone of the meeting statement may be more optimistic than previously, something that could bring the Kiwi under renewed buying interest on the rate decision. Currently NZD/USD is trading near the support barrier of 0.7280 (S1) and the crossroad of the short-term uptrend line taken from the low of the 3rd of January and the downside resistance line drawn from the peak of the 7th of September. In case we get an optimistic statement, the bulls may take advantage of that support territory and push the pair back up for another test near 0.7335 (R1). A break above that zone is possible to open the way for our next resistance of 0.7400 (R2).

Having said that, we would stay careful of a possible correction lower in NZD/USD during the press conference following the decision. At the conference following the latest meeting, Governor Wheeler provided strong hints for FX intervention in case the Kiwi continues to appreciate, something that caused the pair to collapse. Considering that NZD/USD is now trading at even higher levels than back then, it seems likely that we get some more jawboning from Wheeler, which could erase any gains the pair posts on the decision itself. NZD/USD could slide back towards the 0.7280 (S1) barrier, but given that the price structure on the 4-hour chart still suggests a short-term uptrend, we would treat such a setback as a corrective phase.

The British pound surged yesterday, following some hawkish comments from Kristin Forbes, a member of the Bank of England’s Monetary Policy Committee (MPC). Forbes indicated that tentative data suggest that inflation may be accelerating slightly more rapidly than expected, and that if inflation continues to pick up, then a BoE rate hike may soon be an appropriate response. She added that the recent upside surprises in the UK CPI rates may be a precursor to a larger overshoot of the inflation target. GBP/USD had been trading in a declining mode during the European morning Tuesday, but after Forbes’s comments, it shot up to hit resistance at 1.2545 (R1). Although there is the likelihood for the rate to continue higher for a while, the possibility for a lower high on the 4-hour chart still exists and as such, the bears may take charge again soon. We believe that they may do so near the 1.2545 (R1) or 1.2600 (R2) resistance areas and could eventually push the rate down for another test near the 1.2410 (S2) key support.

Forbes’s hawkish rhetoric reinforces the view we adopted following the latest BoE policy meeting. We believe that since "some" MPC members have moved a little closer to their limits for tolerating an overshoot in inflation, there may be growing division among the Committee with regards to policy, suggesting that we could see some hawkish dissents in the upcoming meetings. The likely candidates for such an action is Forbes herself, and Ian McCafferty, both of which dissented the original decision to restart the QE program in August. Martin Weale also dissented that decision, but he has left the MPC since.

In any case, although such hawkish signals may provide some short-term support to GBP, we believe that the broader outlook of the currency remains cautiously negative. GBP/USD has been trading in a medium-term sideways range between 1.2100 and 1.2850 since the 7th of October, but the prevailing larger trend remains to the downside. Our pessimistic view is based on the fact that the BoE has made it clear that on the whole, it remains willing to "look through" above-target inflation, and that investors should not expect rate hikes anytime soon. Sterling is unlikely to draw support from political developments either, as the current landscape still suggests we are headed for a "hard Brexit" as we approach the triggering of Article 50 in March. Therefore, any further rebounds in GBP may remain limited in the foreseeable future, in our view.

During the European day, the economic calendar is empty, with no noteworthy indicators due to be released.

In the UK, lawmakers will vote again on the Article 50 bill and any potential amendments. Even though amendments that give Parliament serious scrutiny over the negotiations could prove positive for sterling, that scenario is rather unlikely in our view, as two such attempts have already been rejected.

From Canada, we get housing starts for January and expectations are for the figure to have declined somewhat, though this indicator is usually not a major market mover.

Besides RBNZ Governor Wheeler who will hold a press conference following the rate decision, we do not have any other speakers scheduled for today. 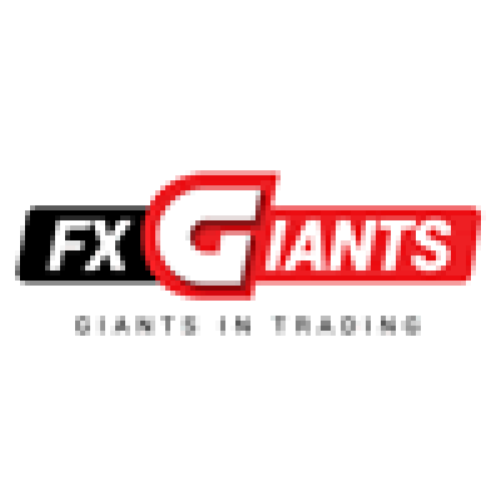 FXGiantshttp://www.fxgiants.co.uk/
FXGiants is a trade name of 8Safe UK Limited. 8Safe UK Limited is authorized and regulated by the Financial Conduct Authority (FCA No. 585561). High Risk Warning: Our services include products that are traded on margin and carry a risk of losing all your initial deposit. Before deciding on trading on margin products you should consider your investment objectives, risk tolerance and your level of experience on these products. Trading with high leverage level can either be against you or for you. Margin products may not be suitable for everyone and you should ensure that you understand the risks involved. You should be aware of all the risks associated in regards to products that are traded on margin and seek independent financial advice, if necessary. Please read FXGiant's Risk Disclosure statement. FXGiants does not offer its services to residents of certain jurisdictions such as USA, Iran, Cuba, Sudan, Syria and North Korea.

Trade Idea: Is the US Dollar’s Struggle Over Yet?

Dollar Holding On in Subdued Trading