The currency pair is trading between its 20 Hr and 50 Hr moving averages. 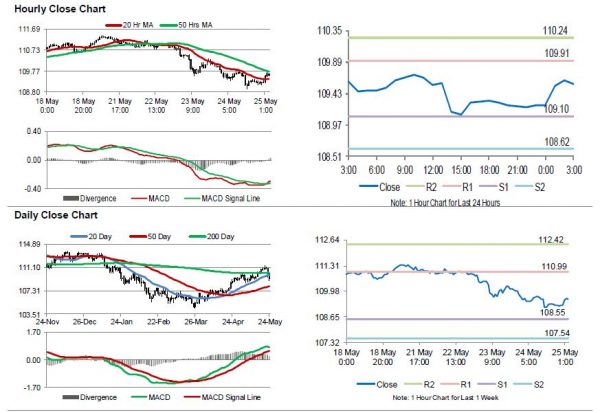