The New Zealand Dollar has depreciated 2.92% against the Swiss Franc since August 8. At the time, the pair pullback from the monthly pivot point at 0.6741 and began a new movement down in a descending channel. During the short period of decline, the rate breached some significant support level. Namely, a support cluster formed by the combination of the weekly and the monthly PPs near the 0.6670 mark.

Given that technical indicators remain bearish on both the smaller and the larger time frames, it is likely that the Kiwi edged lower during the following trading sessions for potential near the weekly S1 at 0.6488 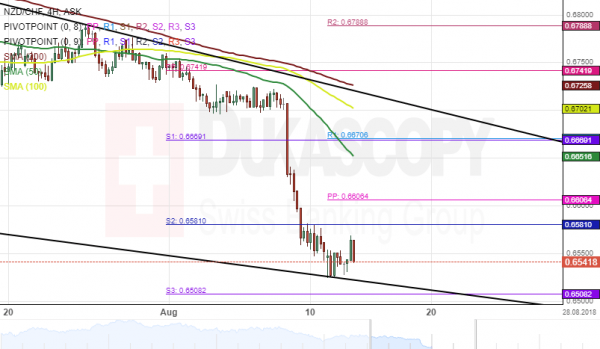 NZD/USD Analysis: Could Edge Up

USD/CHF: Continuation Of The Rebound