The US Dollar appreciated 0.54% against the Japanese Yen since Thursday’s session. The currency pair broke the upper boundary of the large descending pattern to trade at the 112.83 mark during Friday morning hours.

In regards to the near future, the rate will surge upwards to the weekly R2 at 113.01 mark, which could stop the rate from surge due to its resistance for the rate. Most likely, the US Dollar will be traded in the 112.80 area during Friday session.

On the other side, the US Dollar may break the resistance of the weekly R2 at 113.01 mark to surge to the Fibonacci retracement level at 113.18 mark. 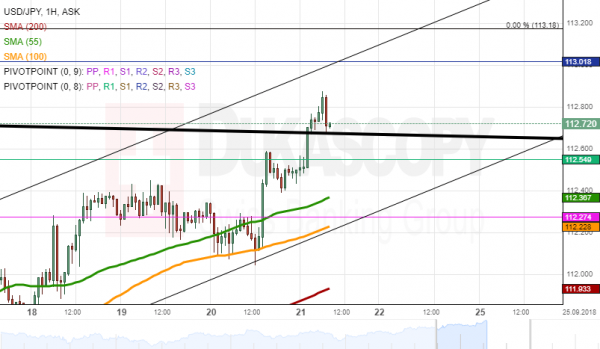