‘Wednesday’s U.S. dollar ended the day unchanged-to-lower against all of the major currencies.’ – Kathy Lien, BK Asset Management (based on investing.com)

During the early hours of Thursday’s trading session the common European currency surged against the US Dollar. The currency exchange rate was continuing the rebound, which began during the second part of Wednesday’s trading session. In addition, due to the fact that the pair managed to break through the resistance put up by the 55-day SMA at 1.0602 level, it is most likely that the surge will continue up to the monthly PP, which is located at 1.0650 level. However, it is unlikely that the monthly PP’s resistance will be broken, as it is also strengthened by the 20-day SMA at 1.0657.

Traders are bullish on the pair, as 53% of SWFX open positions are long. In the meantime, SWFX trader set up pending commands are bearish, as 60% of trader set up orders are set up to sell the Euro. 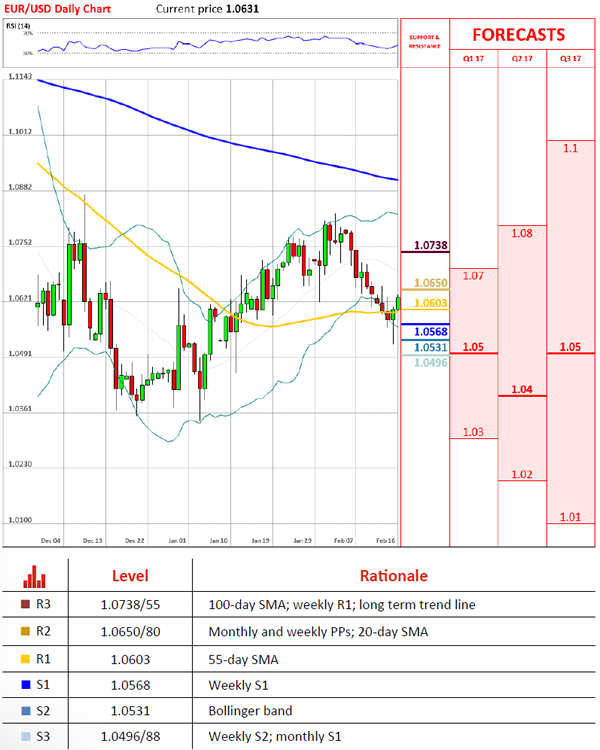 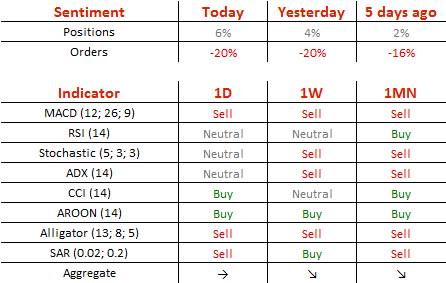