‘The dollar needs a pretty much strong buying incentive to make certain the Fed’s rate increases three times this year.’ – Bank of Mitsubishi UFJ (based on Market Watch)

The US Dollar failed to outperform the Japanese Yen on Thursday, despite upbeat US fundamentals. Investors took profit of the recent rally, causing the Buck to erase Monday’s and Tuesday’s gains. The pair remains on the back foot, risking to drop under the 113.00 major level today, with the weekly pivot point at 112.89 acting as the closest support. Contrariwise, a technical correction could occur after yesterday’s relatively sharp decline, with the interim target still being the 115.00 mark, where the upper Bollinger band, the 55-day SMA and the weekly R2 form a tough supply area.

There are now 55% of traders with a positive outlook towards the US Dollar today (previously 56%). At the same time, the number of orders to acquire the Greenback inched up from 55 to 57%. 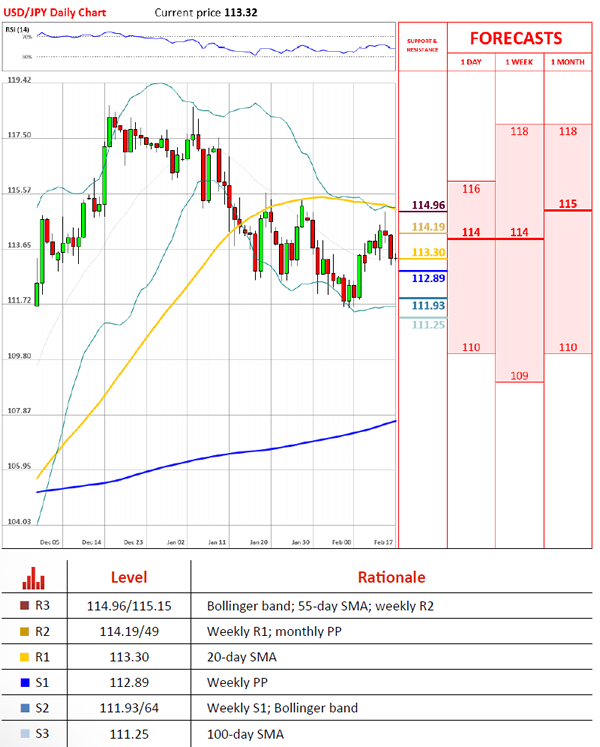 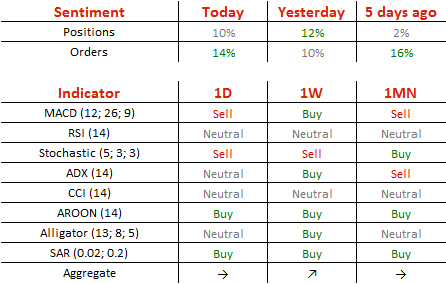