The Australian Dollar has appreciated about 1.95% in value against the Japanese Yen since March 28. A breakout occurred through the upper boundary of a dominant descending channel pattern during Monday’s trading session.

A junior ascending channel is currently guiding the exchange rate towards a resistance cluster formed by the combination of the weekly and the monthly pivot points at 79.87.

Although, it is likely that the currency exchange rate makes a brief retracement towards a support level formed by the 100– and 200-hour simple moving averages near the 78.86 regions during the following trading sessions. 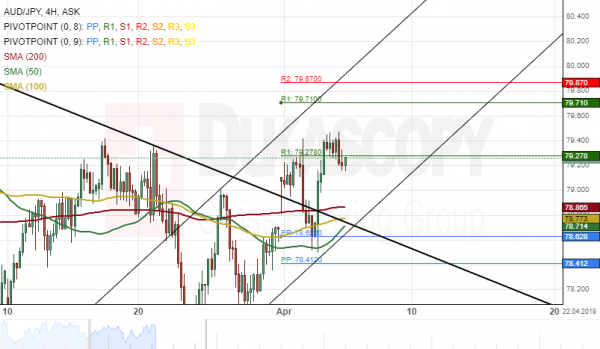 AUD/USD: Continuation Of The Rebound