USDCHF is trading bearish, down from 1.012 level where a higher degree wave B) found a top, and wave C) started to develop. We can see that price unfolded a five-wave drop down to 0.9894 level, from where a temporary, three-wave pullback showed up. This three-wave pullback is now trading at potential resistance and reversal zones at 1.00-1.004 area, where a new turn lower may follow. At the mentioned zone, former swing high of wave iv and Fibonacci ratios can also react as reversal zones for the pair.

Also be aware that we labelled a Elliott wave ending diagonal within wave c of a three-wave rally, which can once completed push price into a sharp drop, below the 0.990 region. 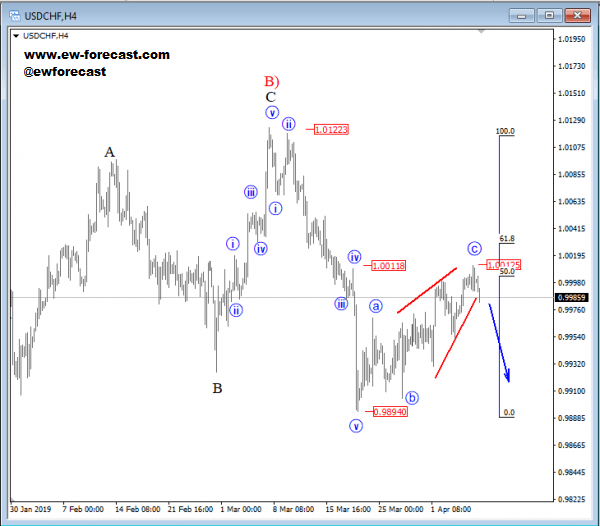