Earlier this month, the New Zealand Dollar started a strong decline below 0.6600 against the US Dollar. The NZD/USD pair recovered recently, but upsides were capped by the 0.6600-0.6610 resistance. 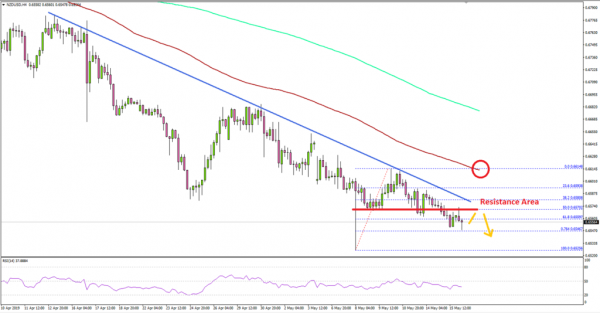 On the upside, there is a major bearish trend line forming with resistance at 0.6580 on the same chart. Besides, the pair must settle above the 0.6600 resistance to start a strong rebound towards 0.6640 and 0.6650 in the near term.

Fundamentally, the US Retail Sales figure for April 2019 was released by the US Census Bureau. The market forecast was a 0.2% rise in sales in April 2019, compared with the previous month.

USD/CAD Drifting Ahead Of US PMIs