The decline of the yellow metal’s price has extended itself, as the bullion continue to search for a strong enough support level to continue the surge. On Thursday morning the commodity price still remained in the middle of the medium term ascending channel pattern. There the metal faced the resistance of the 55-hour SMA at the 1,289.49 mark, while, meanwhile, being supported by the weekly R1 at 1,286.87. It is highly possible that the bullion will remain below the 1,300 mark until additional support is found. The additional support could come in the form of the 100-hour SMA, which on Thursday morning was located at the 1,282.73 level. In addition, the just mentioned SMA was supported by the lower Bollinger band of the hourly chart. 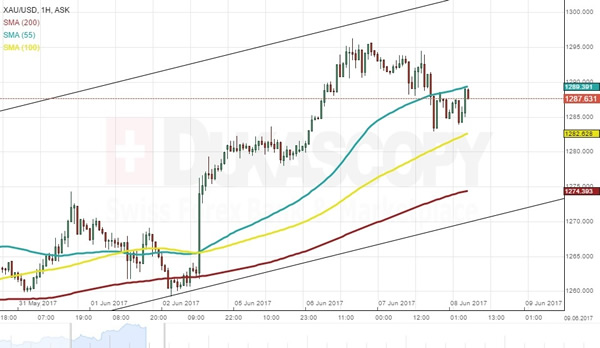