We have an impulsive 5 waves move from June 18 low which ended wave A of this zigzag. Wave B pullback is now unfolding as a zigzag Elliott Wave structure where wave ((a)) ended at 1.2661. Expect pair to bounce in wave ((b)) then do another leg lower in wave ((c)) to complete wave B correction. Afterwards, pair should resume the rally higher in wave C. We don’t like selling the pair. As far as pivot at 1.2505 stays intact, expect dips to find support in 3, 7, or 11 swing for further upside. 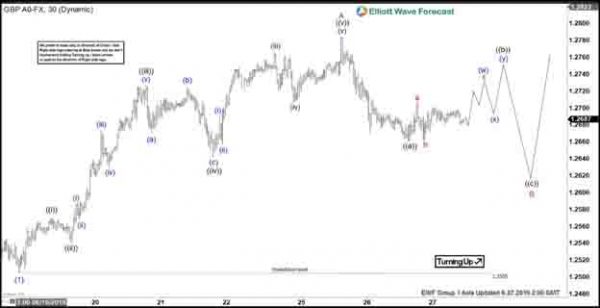 Market Morning Briefing: EURJPY Is Holding Below Resistance Near 123