The precious metal was once again seen rallying as price touched a new six-year high briefly at 1426 an ounce. The gains came following reports of a lack of progress on the trade talks between the US and China. The US economic data on housing was also disappointing leading to a modest risk-on sentiment.

Gold prices edged higher, once again testing the previously established resistance levels near 1423. In the process, price action has formed an ascending triangle pattern. A breakout above the resistance could indicate further gains in the near term. The minimum upside is seen near the 1445 level. To the downside, if the resistance fails, we expect gold to find support off the minor rising trend line. 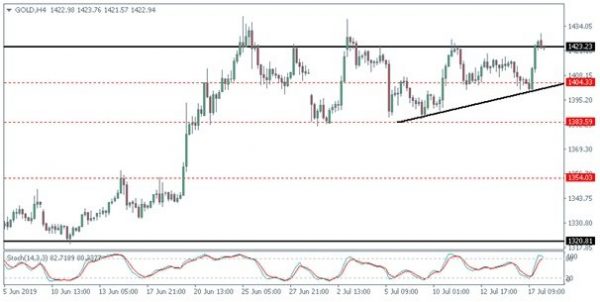