Wave 2 bounce is currently in progress to correct the cycle from August 14 high. The internal of the rally is proposed to be unfolding as a double three Elliott Wave structure. Up from $2.49, wave ((w)) ended at $2.549 and wave ((x)) ended at $2.528. Wave ((y)) of 2 is expected to reach the blue box area of 2.586 – 2.623. From this area, Copper should then resume lower or pullback in 3 waves at least. We don’t like buying the metal. Expect the metal to find sellers and extend lower soon or at least pullback in 3 waves as far as pivot at 2.642 high stays intact. 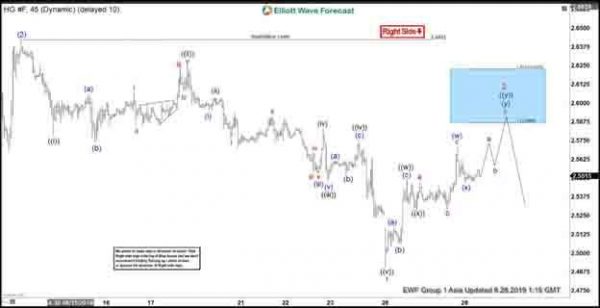 Copper Futures Give Up Some Gains; Positive Picture Stands