The common currency tested a five-day high intraday, rising to 1.1083. The common currency gained largely due to the flows in the US dollar. Economic data was mixed with ADP payrolls released stronger than expected. But the services PMI from Markit came out lower than forecasts. However, this was overshadowed by the ISM’s non-manufacturing PMI. Activity in the non-manufacturing sectors rose to 56.4 in August.

The currency pair was seen rising to a weekly high as price action promptly gave up the gains. The retest of the previously breached support area at 1.1065 has been tested for resistance. This could mean that the euro currency could be looking to pare gains. The downside looks limited for the moment with the trend line coming in likely as dynamic support. 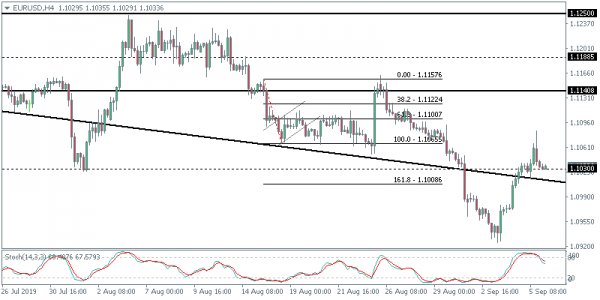