The British pound was seen posting gains for the third consecutive day. This came after UK lawmakers rejected PM Boris Johnson’s request for general elections. The UK parliament is due to debate again, this coming Monday. The currency held up strongly despite rising uncertainty in UK politics ahead of the October 31st Brexit deadline.

GBPUSD Rises to a Two-Week High

The currency pair was seen posting gains, rising to a two-week high on Thursday. The lower price level of interest is seen at 1.2295. If support is established here, there is scope for further gains. However, given the current bullish momentum, we expect GBPUSD to continue rising higher. The next resistance level is seen in the 1.2428–1.2400 region. 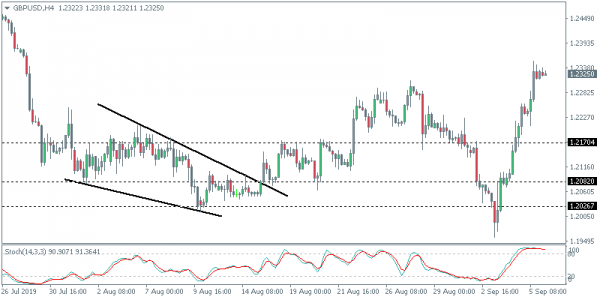