USDJPY has finally revived some bullish power, spiking above its shorter-term simple moving averages (SMA) and the Ichimoku cloud to reach one-month highs slightly above the 108 level.

Technically, the market could retain positive momentum in the short-term as the RSI, the Tenkan-sen and the MACD all point upwards in the bullish area.

Meanwhile in the three-month window, the bearish outlook switched to neutral following the rally above 107.00. The sentiment could further improve if the price manages to successfully overcome the 110 number.

Summarizing, USDJPY is likely to maintain its bullish appetite in the short-term, though in the medium-term an upturn above 110 is required to restore positive sentiment. 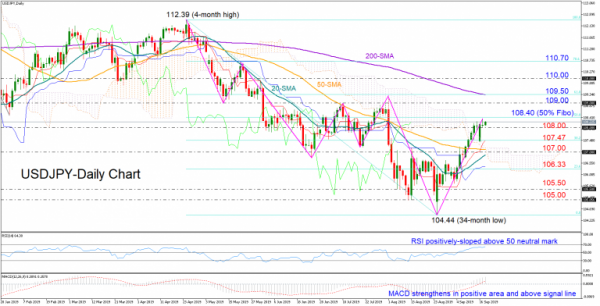