The euro mimicked price action in the US dollar which has remained rather flat. The common currency, however, was easing back on Thursday following brief highs during the intraday sessions. A lack of fundamentals from the eurozone following the ECB meeting is keeping investors on the sidelines.

EUR/USD Back to Support

The currency pair gave up the intraday gains as the support level of 1.1030 is being tested. Price action has been consolidating around this level over the past few weeks. But lack of any major moves has kept price action subdued. The EURUSD remains caught within the range of the 1.1091 – 1.1030 region. 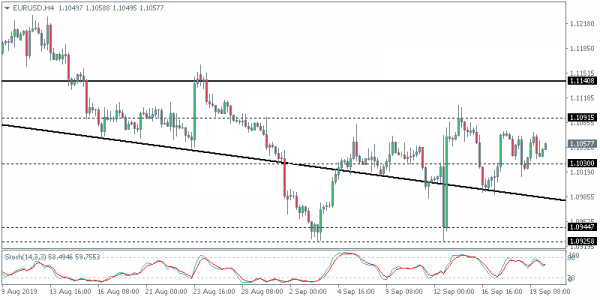