The British Pound bounced off the 200– period simple moving average against the Australian Dollar on November 7. As a result, the currency pair has appreciated about 1.38% in value.

By and large, the 200– period SMA will most likely continue to guide the exchange rate higher within this week’s trading sessions. The potential target will be at the upper boundary of an ascending channel pattern at 1.9222.

If the resistance level, formed by the upper border of the ascending channel pattern holds, a downside reversal could occur during the following trading sessions. 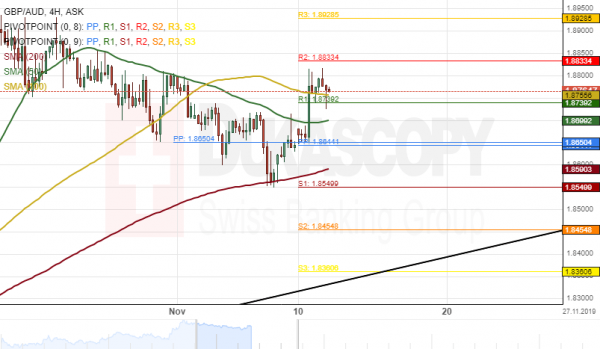