The short-term oscillators reflect weakness in directional momentum but lean slightly towards the positive picture, finding a minor backing from the bullish cross of the 20-day SMA. The MACD remains in the positive zone, barely above its red trigger line, while the RSI hovers above the 50-level. The Stochastic %K is at the 80-level supporting a move up yet could soon warrant attention in a pullback.

Summarizing, the short-term bias is neutral and a break either above 70.02 or below 68.93 would set the direction. 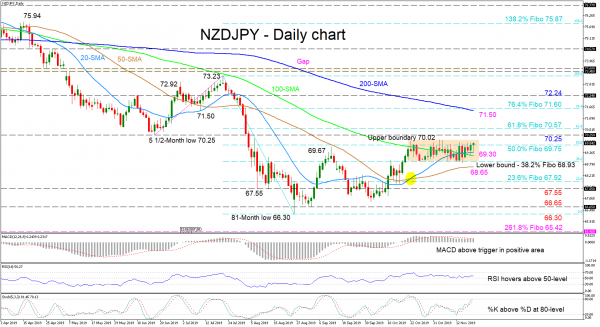 Is There a Better Currency to Trade vs GBP than USD?

CADJPY’s Grasp on Positive Picture Slips through its Fingers