GBPUSD while directionless is attempting a new push towards the five-month high of 1.3011, which is aided by the recent bullish crossover of the 200-day simple moving average (SMA) by the 50-day one and the rising slopes of the 50- and 100-day SMAs.

The technical indicators suggest that positive momentum is improving. The RSI is rising in bullish territory, while the MACD – although still in the positive zone – is below its red trigger line but looks to move back above it. Noteworthy though, is the flat 20-day SMA and the Ichimoku lines, which warn of a pullback or a persisting sideways move.

Overall, the short-term bias is neutral-to-positive and a break above 1.3011 would reinforce the bullish outlook. 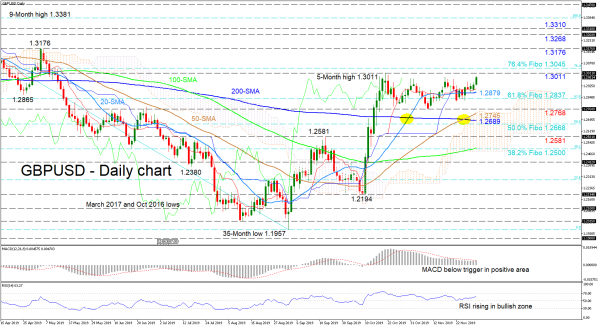