The Sentix investor confidence for the eurozone turned positive for the first time in six months. The index rose to 0.7 from -4.5 previously. The data was also better than the estimates which forecast a decline to -5.4. This was also the highest level since March 2018.

The euro was reversing the intraday gains after a brief rally. Price action turned weaker after the euro hit 1.1072. A retest of this level to establish resistance was expected.

Price action will now have to slip below the recent pivot lows of 1.1055 to confirm further downside. The next main support that could be tested is at 1.1000. 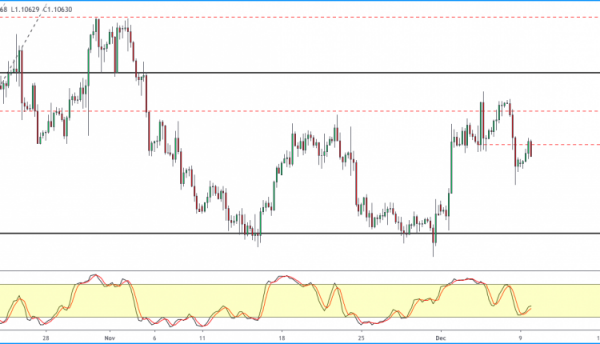