Expect the metal to continue to extend higher to end wave ((iii)) as 5 waves up from 2.619 low. Afterwards, it should correct the cycle from December 4, 2019 low (2.619) before the rally resumes again. We don’t like selling Copper. We expect dips to continue to find support in the sequence of 3, 7, or 11 swing for further upside. This view is valid as far as pivot at 2.619 low stays intact. 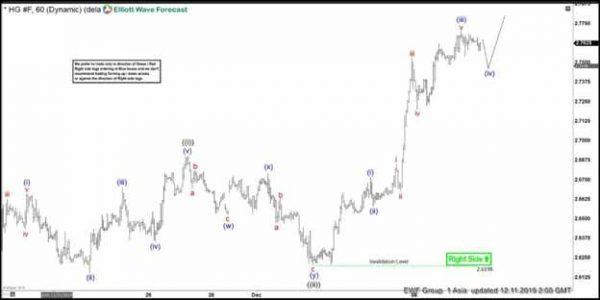