NZDUSD has been developing within a downward sloping channel over the last three weeks, remaining slightly below the short- and long-term moving averages. The price is in a downward correction move and more losses are expected if it fails to overcome the 0.6615 resistance level. The RSI is pointing slightly down in the negative territory, however, the MACD is still standing above the trigger line in the near term.

In brief, NZDUSD is in bearish correction mode in the very short-term timeframe of the bullish picture in the long-term. 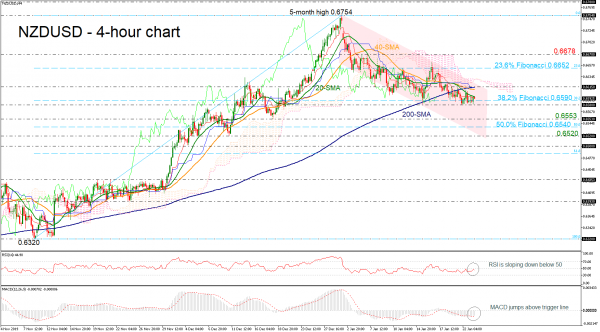