The short-term oscillators are reflecting mixed signals in momentum. The MACD in the negative zone has moved above its red trigger line, while the Stochastics %K line has deflected off the 80 overbought level. However, with the RSI currently hovering at its neutral mark and the trajectory of the 20-, 50- and 100-day SMAs, it appears that the price may consolidate for a while.

Overall, the short-term bias is neutral and a break below 1.2527 or above 1.2853 would increase the odds for the next direction. However, a break below 1.2476 would throw into question the medium-term positive outlook. 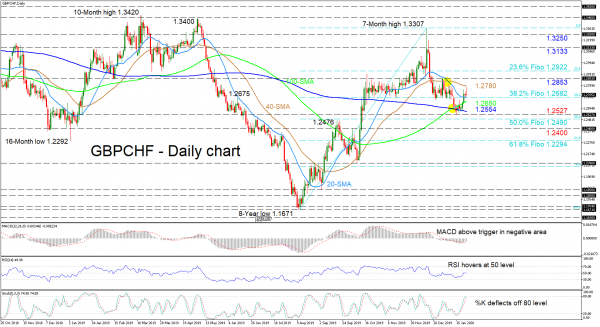